Net absorption in office space to pick up further

Chennai saw the maximum increase in net absorption led by sectors such as e-commerce, IT and banking & financial services. 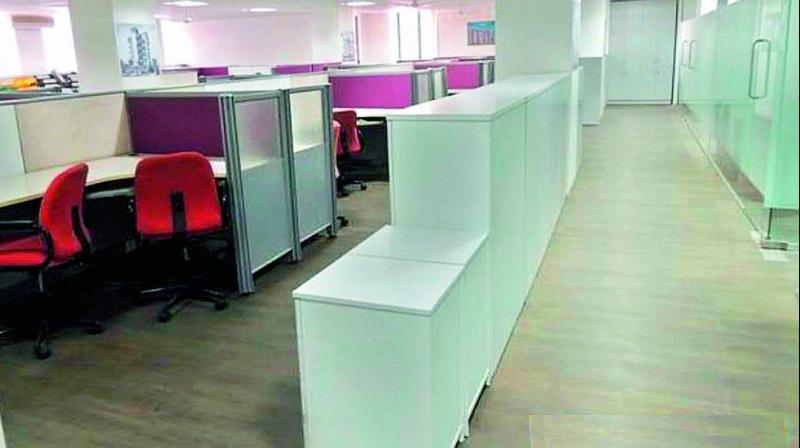 Mumbai: After witnessing a slowdown during the first half of 2017, the net office absorption in leading cities has witnessed a pick up in activities during the third quarter, which according to property consultants are likely to gather pace in the coming months.

According to Cushman & Wakefield, new enquiries for fresh space for growth and new offices have picked up in the third quarter, unlike the previous quarters where the focus on many large occupiers was either for consolidation or relocation.

During the first nine months of this calendar year, the net absorption of commercial office space stood at just over 18 million sq. ft, a marginal decline of 7 per cent as compared to the same period last year. However, the property consultant pointed out that about 30 per cent of the net office absorption for 2017 took place in the third quarter of 2017.

“We have entered the second half of 2017 with a positive outlook, and have seen occupiers absorbing and pre-committing greater volumes of office spaces. Going by the previous years trends, another 30-35 per cent is expected to be recorded in the last quarter of the year. Hence, we expect to see close to 12-14 msf of additional net absorption in Q4 2017. This means that 2017 remains on track to record net absorption similar to last year at around 30-32 msf,” said Anshul Jain, MD, India, C&W.

Chennai saw the maximum increase in net absorption led by sectors such as e-commerce, IT and banking & financial services. The net absorption of office space increased 60 per cent to 1.8 million square feet (msf). Mumbai has emerged as the most stable market from net absorption perspective in 2017 registering total net absorption of 2 msf in 2017 YTD.

The market has been receiving steady demand from sectors such as IT/BPO, consulting, BFSI, healthcare and media that have been looking at growth within the city.

Bengaluru, on the other hand, has been witnessing inadequate office space supply, which has been restricting the uptake of office space, leading to a decline of 17 per cent y-o-y.