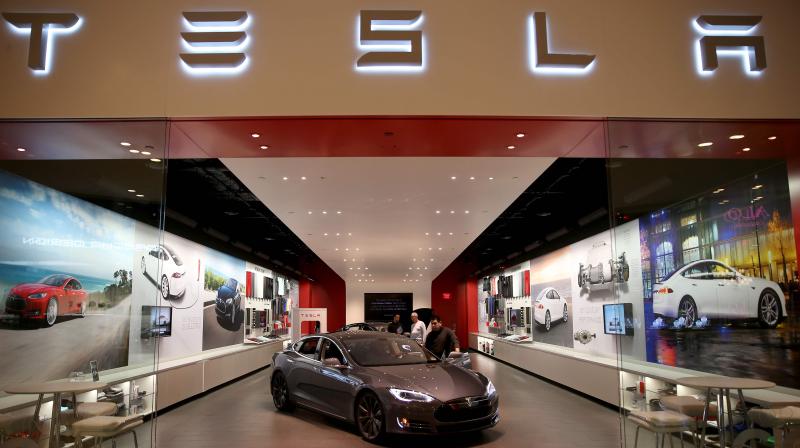 Tesla Inc on Thursday denied media reports and said it had not fired employees who chose to stay at home during the coronavirus pandemic. (AFP Photo)

Tesla Inc on Thursday denied media reports and said it had not fired employees who chose to stay at home during the coronavirus pandemic over safety concerns at the carmaker’s California factory.

The electric carmaker said in a blog post it had waived its attendance policy for several weeks after getting approval to reopen factories and offered employees "a window of time to stay home no questions asked".

The Washington Post reported on Wednesday three Tesla workers were fired after opting to stay home from the Fremont, California, factory.

The automaker's sole U.S. vehicle factory in Fremont reopened in May after a public spat with the local authorities over safety procedures.

New infections were rising in 37 out of 50 U.S. states in the past 14 days compared with the two weeks prior, according to a Reuters analysis. The United States has now recorded 128,706 deaths, nearly a quarter of the known global total.

California saw positive tests climb 37% with hospitalizations up 56% over the past two weeks.