Revised services cgarges for transaction at bank's ATMs will also come into force after that date. 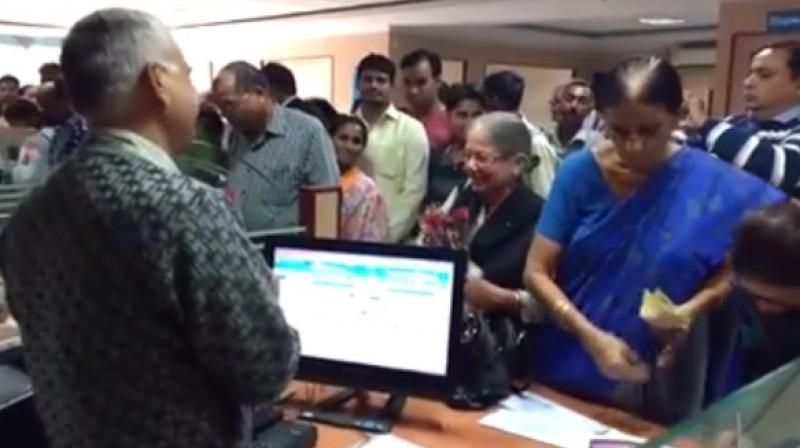 Mumbai: Account holders in State Bank of India and its associate banks can heave a sigh of relief. Country’s largest public sector lender has indicated it will not slap penalty for violation of minimum balance rule till April 24.

“The synchronisation process will have to be completed to commence all operations from one common platform. Once this process is completed, SBI’s charges would become applicable to these customers,” The Times of India quoted the official as saying.

Failure to keep minimum balance required at the end of the month would attract a penalty of Rs 100 and services tax. This is applicable to account holders in metro cities.

With this the public sector banking behemoth has also revised its cash transaction charges especially those done at its automated teller machine booths.

Under the new charges, SBI will charge Rs 10 for every transaction done after five transactions using its debit/credit cards at its ATMs. There will be no charges for three transactions for other banks at its ATMs. After the limit, a non-SBI customer will be charged Rs 20 that does not include service tax.