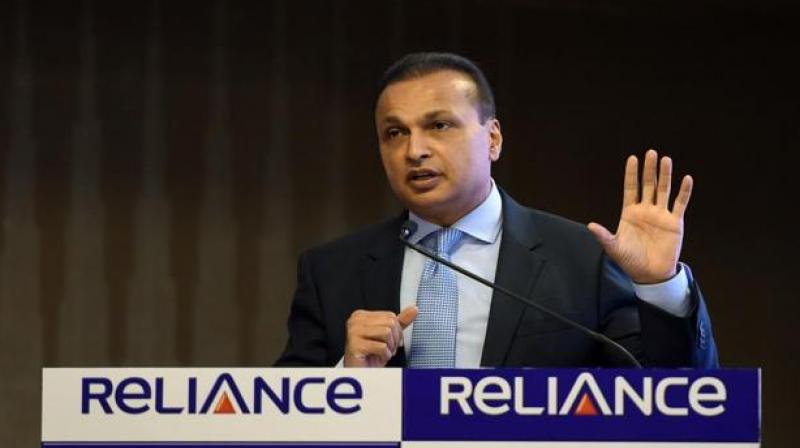 Within weeks of facing multiple downgrades, Reliance Infra has begun to see positive rating actions by agencies, with one of them having already withdrawn its 'default' rating following interest payments and final redemption of certain debentures. (Photo: PTI)

New Delhi: Within weeks of facing multiple downgrades, Reliance Infra has begun to see positive rating actions by agencies, with one of them having already withdrawn its 'default' rating following interest payments and final redemption of certain debentures.

In a statement, Brickwork Ratings said it has withdrawn its 'default' rating on the company's non-convertible debentures amounting to Rs 418.70 crore and another 'C' grade rating for the NCD amounting to Rs 50 crore for Reliance Infra as the company has repaid these NCDs from the funds received from sale of Mumbai power transmission business to Adani Group.

The company, which is part of Anil Ambani-led business conglomerate Reliance Group, also disclosed the interest payment and redemption of NCDs before maturity date in its regulatory filings and said it took prior consent of debentures trustees, acting on behalf of the debentures holders, for the prepayment of the NCDs.

Sources at other rating agencies said they were also expected to take a relook on their ratings on the company with Crisil expected to do so this week itself following the closure of the deal with Adanis, resulting in total proceeds of Rs 18,800 crore being used entirely for debt repayments, including existing dues.

When contacted, Reliance Infra officials said they are confident of the rating agencies taking a positive view of the company's strong fundamentals as a result of its steep reduction of 65 per cent in the debt after the closure of the deal with Adani Transmission. Last month, four rating agencies had downgraded their ratings for Reliance Infra, even as the company had said it "strongly" disagreed with the rating action as it was "technical in nature".

While Brickwork, Crisil and India Ratings had revised rating of the company to 'D' or default grade, CARE Ratings revised its rating to 'B' grade. The company had said in a regulatory filing after the rating action that it has filed appeals with the rating agencies as per guidelines of Sebi, which regulates the raters in India.

The company now expects the ratings to be revised as final interest payments have been made and NCDs have been redeemed with proceeds of the sale of Mumbai power transmission business.

Last week, the group chairman Anup Ambani announced the closure of the deal with Adani Transmission and said with this one single transaction Reliance Infrastructure's gross debt has come down from about Rs 22,000 crore to only Rs 7,500 crore, representing a steep reduction of 65 per cent.

He also said that with the 65 per cent reduction in liability, the debt to equity ratio of Reliance Infra has come down to just 0.33 : 1, the lowest in the industry.
On roadmap for making Reliance Infra a debt-free company by 2019, Ambani said the company would become debt-free based on two clear visible elements -- One, an arbitration awards worth Rs 6,000 crore already won in cases of DMRC, Goa Power Plant and NHAI Roads; and second, Rs 5,000 crore of cash inflows from past regulatory assets related to the Mumbai distribution business.

In addition, Reliance Infra is waiting a final decision in the other arbitrations worth Rs 8,000 crore. The rating revisions last month had followed the company's disclosure on July 27 related to certain NCD payments.

The company at that time had said it was expecting the sale of its Mumbai power distribution business to be completed soon as all regulatory approvals had come in and the entire proceed of Rs 18,800 crore would be used for debt repayment including the current dues.

It had attributed the "minor delay" in the debt repayment to certain lenders having delayed their internal approvals for issuing NOCs for completing the transaction, while up to 90 per cent by value of all lenders have already issued such NOCs.