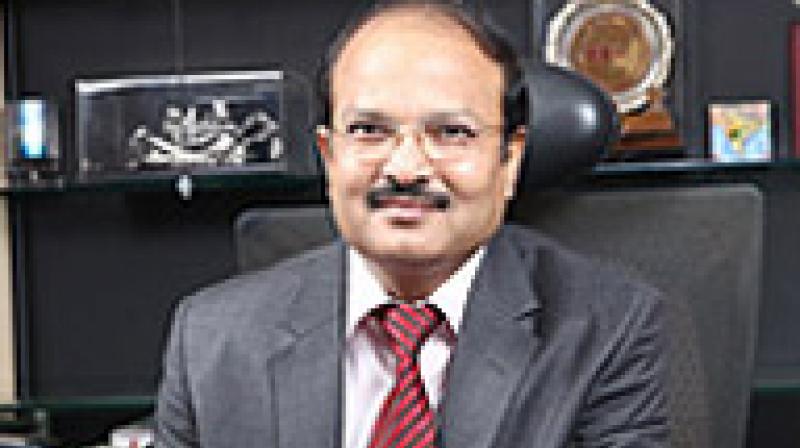 Shashi Shanker has taken over as the Chairman and Managing Director of India's biggest oil and gas producer ONGC. Photo: ONGC website

New Delhi: Shashi Shanker has taken over as the Chairman and Managing Director of India's biggest oil and gas producer ONGC.

He replaces Dinesh K Sarraf, who superannuated from service on Saturday.

"Shanker is an industry veteran with over 30 years of experience in diverse exploration and production activities," a company statement said.

A Petroleum Engineer from Indian School of Mines (ISM), Dhanbad, he also holds an MBA degree with specialisation in Finance.

The Appointments Committee of the Cabinet (ACC) named Shanker, who till now was Director (Technical and Field Services) at ONGC, as CMD till his superannuation, as against an initial one-year term proposed by the Oil Ministry.

The ministry had, in a departure from past norms and guidelines, earlier this month recommended to the ACC that Shanker be appointed for an initial one-year term instead of the usual five-year period.

During this one-year term, his performance was proposed to be reviewed every quarter instead of the current practice of review after one year, sources in the know of the development said.

ACC, headed by Prime Minister Narendra Modi, however, appointed Shanker as Chairman and Managing Director of ONGC "till the date of his superannuation or until further orders, whichever is earlier", an official order issued on September 25 said.

"Under his leadership, ONGC drilled the deepest deep- water well covering a water depth of 3174 meters, a world record. He also led the team to one of the finest drilling performance in 2016-17 when ONGC set a new record of drilling over 500 wells," the ONGC statement said.

This is the first time in 23 years that ONGC has crossed the 500-well mark.

During his tenure, ONGC has conceptualised an ambitious company-wide project called 'DISHA' for creation of a paperless office platform, the implementation of which is now underway.

Shanker will also be the Chairman of ONGC Videsh Ltd, the overseas arm of the state-explorer, as also its other subsidiaries like Mangalore Refinery and Petrochemicals Ltd (MRPL), ONGC Tripura Power Company (OTPC) and ONGC Petro- additions Ltd (OPaL).

Most Indians want tax on the rich, top firms