Infosys has furloughed 3 percent of its UK workforce 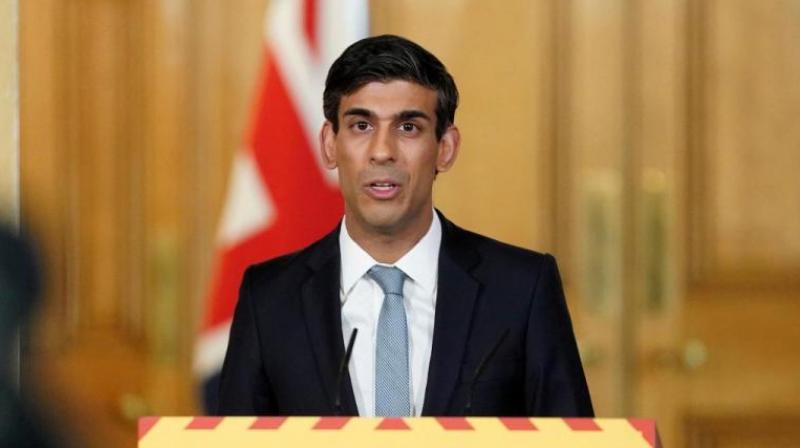 London: Infosys, co-founded by Rishi Sunak’s father-in-law Narayana Murthy, said it had used the furlough-or forced leave-option for 3 percent of its staff in order to tide through the lockdown imposed to curb the spread of the deadly virus.

"In light of the current situation, Infosys has furloughed 3 percent of its UK workforce. We are reviewing this on a weekly basis,” Infosys told The Sunday Times.

The scheme was unveiled by the Indian-origin finance minister, married to Murthy’s daughter Akshata, at the peak of the crisis and is set to gradually wind down until it is fully closed at the end of October.

Under the provisions, the government covers 80 percent of salaries of furloughed staff, up to the value of GBP 2,500 a month, in order to prevent companies having to resort to redundancies. In a latest set of announcements earlier this week, Sunak had added more flexibility into the programme so that employers can make use of the scheme in the most effective way.

“Our top priority has always been to support people, protect jobs and businesses through this crisis. The furlough and self-employment schemes have been a lifeline for millions of people and businesses,” said Sunak, who is leading the UK government’s economic response to the coronavirus pandemic.

“We stood behind Britain’s businesses and workers as we came into this crisis and we stand behind them as we come through the other side. Now, as we begin to re-open our country and kickstart our economy, these schemes will adjust to ensure those who are able to work can do so, while remaining amongst the most generous in the world,” he said.

A newspaper daily also claims that the finance minister is drafting up an emergency coronavirus Budget to be tabled before the House of Commons in July, as the lockdown measures begin to be eased from next week.

“Plans to save millions of furloughed workers from the scrap heap and retrain them will be a centrepiece of the address to MPs, which is pencilled in for the week beginning 6 July,” the newspaper said.

The July statement will not be a full Budget with tax changes but would be a pre-budget report to outline a recovery plan for the pandemic-hit economy. Sunak has had to table a series of mini-budgets in response to the economic crisis since his maiden Budget in early March.

Business groups briefed on the new plans claim the emergency budget will have three key elements--funds to retrain workers laid off when the furlough scheme ends, huge extra infrastructure spending, and a plan to help British-based technology firms.