Govt has described implementation of consumer-centric act as beginning of an era where consumer is king. 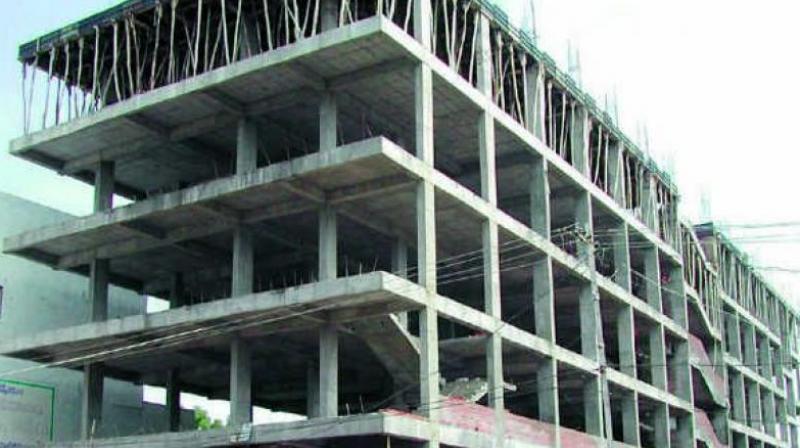 New Delhi: The much awaited Real Estate Act comes into force on Monday with a promise of protecting the right of consumers and ushering in transparency but only 13 states and UTs have so far notified rules.

The government has brought in the legislation to protect home buyers and encourage genuine private players. The Real Estate (Regulation and Development) Bill, 2016 was passed by Parliament in March last year and all the 92 sections of the Act come into effect from May 1.

“The Real Estate Act coming into force after a nine-year wait marks the beginning of a new era,” housing and urban poverty alleviation minister M Venkaiah Naidu said. The minister said the law will make “buyer the king”, while developers will also benefit from the increased buyers’ confidence in the regulated environment.

“The act ushers in the much-desired accountability, transparency and efficiency in the sector, defining the rights and obligations of both the buyers and developers,” Naidu said.

The developers will now have to get the ongoing projects that have not received completion certificate and the new projects registered with regulatory authorities within 3 months from tomorrow.

Under the rules, it is mandatory for the states and UTs to set up the authority.

The Housing Ministry had last year notified the rules for five Union Territories--Andaman and Nicobar Islands, Chandigarh, Dadra and Nagar Haveli, Daman and Diu, and Lakshadweep, while the Urban Development Ministry came out with such rules for the National Capital Region of Delhi.

The other states and UTs will have to come out with their own rules. A HUPA ministry spokesperson said the ministry has been taking up the matter with all the states and UTs for implementation of the Act, requesting them to ensure action as per the provision of the Act within the time limit.

The ministry had earlier formulated and circulated the model rules to the states and UTs for their adoption and it is their responsibility to notify the rules, the spokesperson said.

Those states which have not notified the rules will face public pressure and even people could approach the court in the matter, he added. On reports that key provisions have been diluted by some states, he said it was pointed out to those states and they have assured the ministry that it would be corrected.

The Indian real estate sector involved over 76,000 companies across the county. Some of the major provisions of the Act, besides mandatory registration of projects and real estate agents, include depositing 70 per cent of the funds collected from buyers in a separate bank account for construction of the project.

This will ensure timely completion of the project as the funds could be withdrawn only for construction purposes.

The law also prescribes penalties on developers who delay projects. All developers are required to disclose their project details on the regulator’s website, and provide quarterly updates on construction progress.

In case of project delays, the onus of paying the monthly interest on bank loans taken for under-construction flats will lie on developers unlike earlier, when the burden fell on home buyers, said real estate service provider JLL India CEO and Country Head Ramesh Nair.

RERA also states that any structural or workmanship defects brought to the notice of a promoter within a period of five years from the date of handing over possession must be rectified by the promoter, without any further charge, within 30 days, he added.

If the promoter fails to do so, the aggrieved allottee is entitled to receive compensation under RERA, Nair said.

Other highlight of the Act is imprisonment of up to three years for developers and up to one year in case of agents and buyers for violation of orders of appellate tribunals and regulatory authorities.

About ten lakh buyers invest every year with the dream of owning a house.

Real estate industry bodies CREDAI and NAREDCO said the implementation of this law will bring paradigm change in the way Indian real estate functions. They expect property demand to rise but supply may get affected in the near term.

“It will bring a paradigm change in the real estate sector. It will protect buyers who have purchased flats in the past. The regulator under the RERA should find ways to help complete ongoing projects and provide relief to home buyers,” NAREDCO Chairman Rajeev Talwar said.

CREDAI President Jaxay Shah said RERA will increase transparency in the sector and boost confidence of both domestic and foreign investors.

He, however, said there will be some “teething problem” initially in implementation of this law. Asked about the impact on prices, Shah said, “Supply will dip during this year but demand will improve as buyers will have increased confidence about investing in the property market”

The real estate prices will remain stable now but rates could rise by 10 per cent in the next six months, he added.