Parekh wonders how country with strong fundamentals on economic and political fronts can be rated so low. 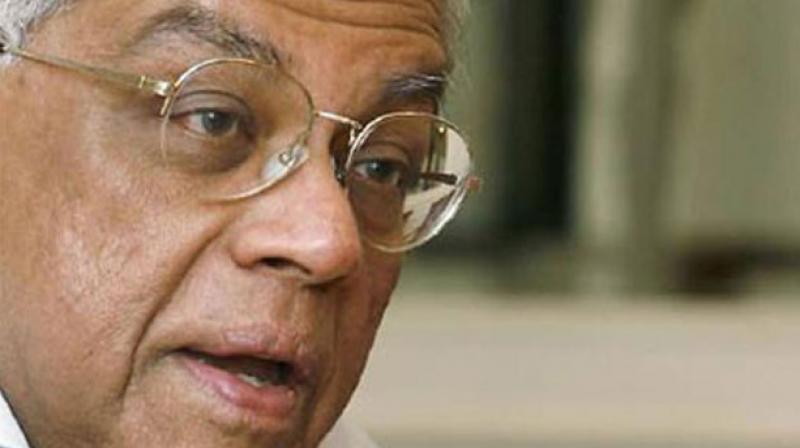 Mumbai: Critical of rating agencies forgiving India the lowest investment grade rating, eminent banker Deepak Parekh has wondered how a country with such
"strong fundamentals" on both economic and political fronts can be rated so low.

India continues to be rated 'BBB-' -- just a notch above the junk grade and lowest among investment grade ratings -- by most of the global credit rating agencies despite the government pitching hard for an upgrade on the basis of
several reforms initiated over the last few years.

"Why is India, the fastest growing emerging economy for over one year now with all macroeconomic fundamentals being positive, rated just BBB- "On the other hand, Italy and Spain, which are far weaker and smaller, are having much higher ratings than us," Parekh told PTI in an interview here.

"Italian banks are in far worse shape than our banks.  Italian government is more shaky and we have a solid political stability now," he said. The top industry leader and Chairman of housing finance major HDFC Ltd, who commands huge respect for his candid views on policy matters, said a credit rating is supposed to be based on both economic and political factors.

"Some times, when economic scenario is good, political situation can be bad and at times when politics is in good shape, economic factors can be bad.
"This time, both (factors) are good for us and are very strong. The foundation is strong and we have a strong government," he said.

Asked whether we should focus too much on rating agencies, who themselves have been facing questions, Parekh said they are still global rating companies but made a strong pitch for an upgrade for India.

Some commentators have already raised questions about the methodologies adopted by the rating agencies, even as they have been defending their views and have ruled out any upgrade in the immediate future.

Taking a dig at rating agencies, Chief Economic Advisor Arvind Subramanian went on to write a piece in this year's Economic Survey with a headline 'Poor Standards' The Rating Agencies, China and India' -- an apparent reference to the leading agency Standard and Poor's.

He also wrote that the role of ratings agencies has increasingly come into question in recent years. "In the US financial crisis, questions were raised about
their role in certifying as AAA bundles of mortgage-backed securities that had toxic underlying assets. Similarly, their value has been questioned in light of their failure to provide warnings in advance of financial crises - often downgrades have occurred post facto, a case of closing the stable doors after the horses have bolted," he wrote.

Subramanian said S&P in November 2016 had ruled out the scope for an upgrade for India for some considerable period, mainly on the grounds of its low per capita GDP and relatively high fiscal deficit.

Noting that the actual methodology to arrive at a rating was more complex, he wondered whether these variables were right key for assessing India's risk of default. Noting that per capita GDP is a very slow moving variable, Subramanian said the poorest of the lower middle income countries would take about 57 years to reach upper middle income status.

"So, if this variable is really key to ratings, poorer countries might be provoked into saying -- Please don't bother this year, come back to assess us after half a century," he said.