The outgoing 991 series model was priced between Rs 1.42- Rs 3.88 crore (ex-showroom) depending on the version. 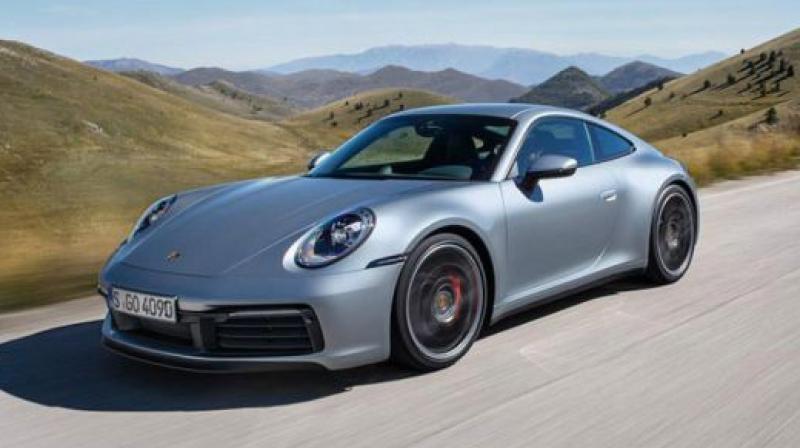 The interior has been completely revamped and it gets the sharper design from the new Cayenne and Panamera.

Pune: Porsche, the German super sports car maker, has launched the eighth generation of its iconic sports car, Porsche 911, the top range in the international market.

Though there is no word on when the new 911 range will come to India, its two variants — 911 Carrera S and 911 Carrera 4S — models are available for order now.

First deliveries are expected mid next year even as the company has not yet revealed its price.

Experts believe that this new model would be priced above Rs 1.5 crore when it is launched in the Indian market.

The new Porsche 911 would compete against the likes of the Mercedes-AMG GT range and the Audi R8 in India.

The exterior of the new 911 gets a slightly more muscular look, by way of the more pronounced wheel arches, the recess in the bonnet is reminiscent of the earliest 911s and a wide rear track that will remain unchanged across models.

The headlamps and taillamps are all LED and sleeker. The body is now all-aluminium and gets a more seamless look by way of the pop-out door handles. There are staggered wheel sizes now, with 20-inch fronts and 21-inch rears.

The interior has been completely revamped and it gets the sharper design from the new Cayenne and Panamera. This means a lot of flat, angular surfaces, capacitive touch buttons and then a 10.9-inch infotainment screen. Below this, a bank of five toggle switches has been provided to access important function. The navigation system is now an online swarm data-based system.

The 911 Carrera S and 911 Carrera 4S are powered by a heavily revised and powerful 3.0 litre turbocharged flat-six turbo-petrol engines. Both are mated to a new eight-speed PDK automatic.

Notable changes are a new intake system, a repositioned intercooler setup, new housings for the turbo, piezo injection and a new exhaust system which comes with a particulate filter.

The 911 is an icon of the motoring world, having built the Porsche brand single-handedly through its mix of motorsport ready performance, practicality and quality.