Audi said the Concept car was unveiled at this week’s LA Auto Show, and will go on sale in just two years. 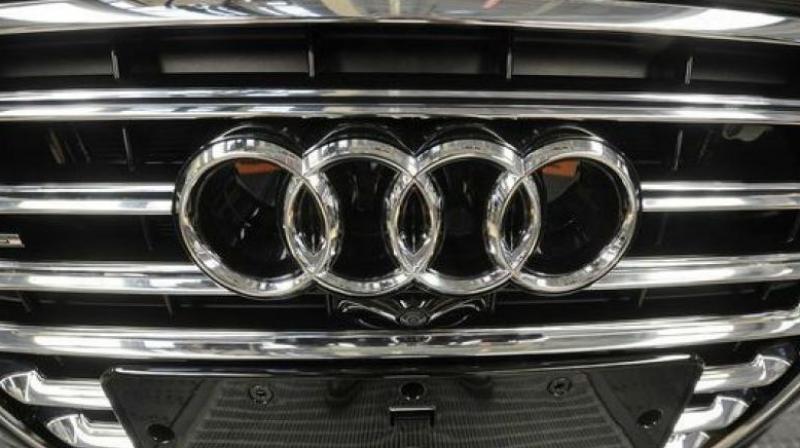 It’s a sleek sedan that gets its electric power from the same drivetrain and battery platform that will be in Porsche’s first EV, the Taycan. Audi said the Concept car was unveiled at this week’s LA Auto Show, and will go on sale in just two years, with deliveries starting in early 2021.

No pricing has been set. However, according to auto experts the estimated price tag would come close to £100,000 or Rs 90 lakh. The brand new model will be built at Bollinger Hofe, Germany, where the R8 is currently made. The Audi E-Tron GT Concept four-door sports saloon will be the third of Audi’s stand-alone electric models, following the already revealed E-tron and next year’s E-tron Sportback. A compact electric model is also due. By 2025, Audi will have a total of 12 electric models.

According to Audi the E-Tron GT, sitting on 22-inch wheels,  takes power from a 90kWh battery pack and puts it into two electric motors one on each axle.

The GT’s two synchronous motors produce a collective 582bhp power output, that is an impressive figure for the potential of the allelectric drive, enabling it to accelerate from 0-62 mph in 3.5 seconds with a top speed of 149 mph.

Torque is transferred to the wheels via the quattro permanent all-wheel drive with torque vectoring. The GT’s 96kWh battery takes up the entire underfloor area between the front and rear axles, giving the car a centre of gravity comparable to the R8.

There is also all-wheel steering, all of which creates a “sports car-like agility and precision,” said Audi. It said the 96kWh battery is the perfect combination for performance, charging time and range. The new sedan will offer 400 kms of range on Europe’s new Worldwide Harmonised Light Vehicle Test Procedure (WLTP) standards. The car can also be charged at 350 kW. This will dramatically reduce charging times, meaning that an 80 per cent fast charge will be achievable in under 20 minutes.