MG Hector will come with both petrol and diesel engines

A 1.5-litre turbo-petrol will be offered along with a Fiat-sourced 2.0-litre diesel motor in the upcoming SUV. 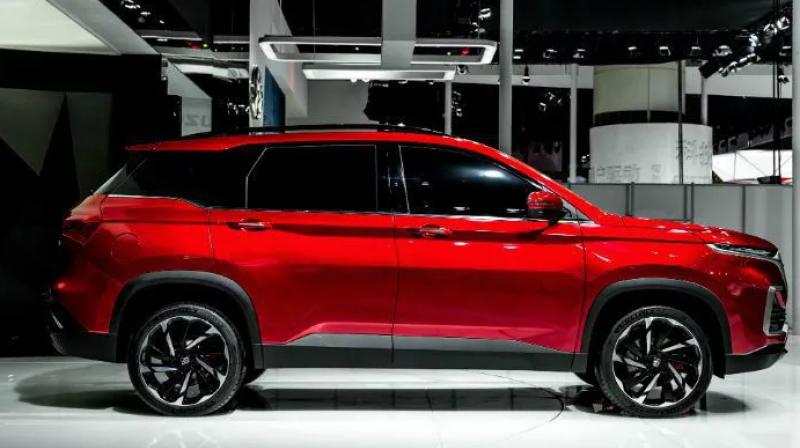 The MG Hector petrol AT variant could also be offered with paddle shifters behind the steering wheel and a ‘Sport’ mode to make it feel sportier.

According to the latest spy shots, MG’s first SUV in India, the Hector will be offered with both petrol and a diesel engine options. The diesel engine will be a 2.0-litre unit sourced from Fiat. MG’s plan to also offer a petrol will help the carmaker cater to potential demand once BSVI norms kick in next year. That is because diesel cars are expected to cost way higher than their petrol counterparts once BSVI norms are implemented as the modifications required to make them BSVI-compliant are extensive.

Reports suggest that the petrol motor will be a 1.5-litre, turbocharged unit and will be paired to a 6-speed dual-clutch transmission that will power the front wheels. This motor reportedly develops 143PS of maximum power and 250Nm of peak torque. The MG Hector petrol AT variant could also be offered with paddle shifters behind the steering wheel and a ‘Sport’ mode to make it feel sportier.

If these reports are accurate, here’s how the MG Hector petrol will compare to its rivals:

The diesel variants of MGs first SUV in India will be powered by a Fiat-sourced 2.0-litre, 4-cylinder turbocharged motor. This is the same engine that powers the Jeep Compass and is expected to develop the same performance figures as on the Jeep - 173PS and 350Nm. Even the Tata Harrier is powered by the same engine, albeit in a lower state of tune.

We have an exclusive photograph of the Hector’s instrument cluster which shows its informative 7-inch driver information screen.

The MG Hector will be priced between Rs 15 lakh and Rs 20 lakh. It will take on the likes of the Tata Harrier, Mahindra XUV500 and the Jeep Compass. One of the unique details about the new MG is that it will be offered with a subscription plan.