The French PSA Group has five car brands such as the Peugeot, Citroën, DS, Opel and Vauxhall. 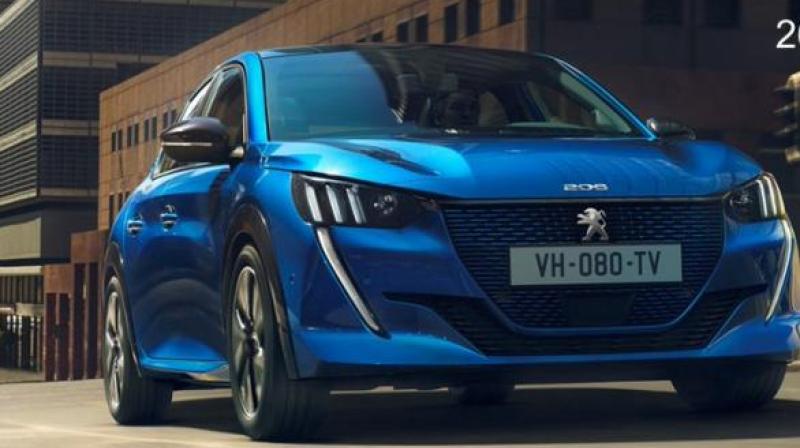 The carmaker is expected to bring out two to three variants of the car. (Photo: Twitter)

PUNE: The second largest European car maker PSA Groupe on Tuesday said it will launch Citroen brand in India, with the first car model expected to be rolled out before the end of 2021.

The French PSA Group has five car brands such as the Peugeot, Citroën, DS, Opel and Vauxhall.

Its first car will likely be positioned between Hyundai i10 Grand and Maruti Baleno. Its project is codenamed SC21 smart car project. The carmaker is expected to bring out two to three variants of the car.

This is the third attempt for the PSA Group in India after it ended a joint venture with Premier Automobiles in 1990s, while the second shock came with the European crisis in 2011, which led to a premature exit from a proposed factory after PSA acquired land in Gujarat.

The company is hoping to be third-time lucky in India.

Presenting the FY2018 financial results and the second phase of its strategic Push to Pass plan for the period 2019-2021, Carlos Tavares, Chairman of the Managing Board, confirmed its intention to launch Citroen brand in India.

“Citroen will be back to India no later than 2021. We have selected Citroen as a brand that we are going to use to come back to India,” he said.

Tavares said the brand has already invested in India it has already created a manufacturing footprint in the country.

The brand will soon announce a family of disruptive international products which would also be used in the Indian market, he added.

In 2017, PSA Groupe had announced a partnership with CK Birla Group to re-enter the Indian market and earmarked an initial investment of 100 million euros to set up plant for vehicle and powertrain manufacturing in Tamil Nadu.

The tie-up entailed two joint venture agreements between the groups.

“We are very proud to launch Citroen in India, one of the fastest growing markets in the world. Building on the brand's success in Europe with five consecutive years of growth, I am convinced that Citroen's selling proposition of unique styling, eco-friendly and comfortable cars at the heart of the market has all the potential to satisfy Indian customers,” Jackson, CEO at Citroen, said.

CK Birla, Chairman at CK Birla Group, said the announcement of Citroen brand for its vehicle JV in India, soon after the inauguration of the powertrain JV greenfield facility at Hosur in late 2018, is a major milestone for the long-term partnership of the two groups.

“It is truly an exciting brand for the Indian consumers seeking international eco-friendly products designed for and made in India with unique styling and comfort,” he boasted.

The CK Birla Group is better known for the now discontinued iconic Ambassador car that was manufactured by group firm Hindustan Motors. It has presence in technology and automotive, home and building, and healthcare and education sectors.