The electric two-wheeler manufacturer will commence operations in Chennai from June. 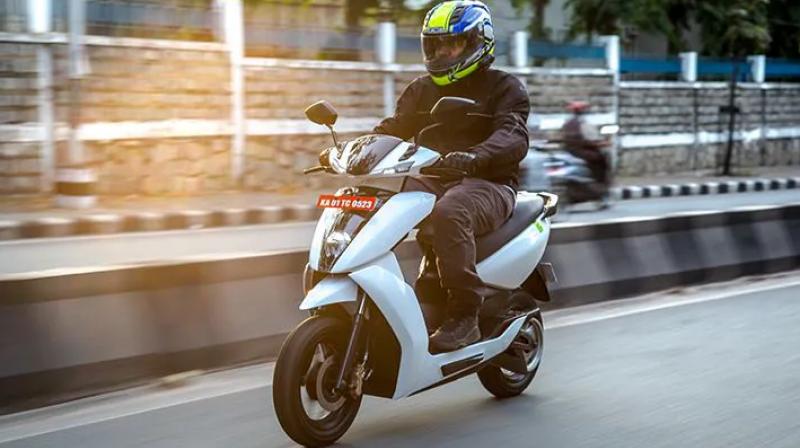 After Chennai, the company plans to commence operations in Mumbai, Pune, Hyderabad and Delhi.

Based out of Bengaluru, Ather Energy will be starting operations in Chennai from June onwards. Until now, the two Ather scooters were available in Bengaluru only. The company plans to set up charging infrastructure in Chennai too, which will be free for the first six months. Chennai residents interested in buying the Ather can register on the electric two wheeler manufacturer’s website.

The Ather 340 is priced at Rs 1.13 lakh, whereas the Ather 450 retails for Rs 1.28 lakh (both prices are on-road, Bengaluru). Ather also has four special subscription plans for its electric scooters. However, the company has added that prices for the electric scooters may differ in Chennai as the tax structure is different, and will be announced in June itself. Deliveries are expected to commence a few months after the pre-orders are accepted and buyers will be notified about the delivery timeline as soon as they place their pre-order. After Chennai, Ather plans to enter Hyderabad, Mumbai, Delhi and Pune next. The brand has set itself a target of being present in 30 cities in the next couple of years.

While Ather made quite an impression on us with its products, the brand has been struggling with deliveries as customers who booked the scooters as early as June and July last year are yet to receive their scooters. Company officials did mention that the brand was facing some issues with vendors which delayed production. But with the commencement of operations in Chennai, we are hoping it has resolved those issues.

Powering the electric scooter is a brushless DC motor (BLDC) with an indigenously developed battery pack and battery management system. The motor generates 20Nm on the 340 and 20.5Nm on the 450. Talking about performance, Ather claims the 340 can achieve a top speed of 70kmph and has a 60km range, while the 450 can clock 80kmph and has a range of 75km in real-world conditions.