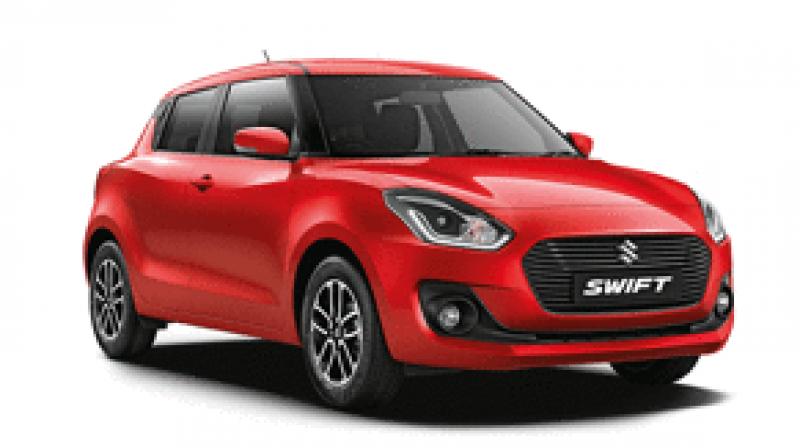 According to data by Society of Indian Automobile Manufacturers (SIAM), Swift sold 22,191 units last month as against 13,337 units in the year-ago month when it occupied the sixth spot in the best-selling PV model list.

MSI's premium hatchback Baleno also retained its third spot with 18,649 units. It had sold 17,769 units in November 2017. The company's entry-level small car Alto came in the fourth spot with 14,378 units sold in November as compared to 24,166 units in the same month last year, when it occupied the top spot.

Another model from MSI's stable, Vitara Brezza sold 14,378 units last month coming at the fifth spot, down from fourth position in November 2017 when it sold 14,458 units. Completing a sweep of the top six spots for MSI was Wagon R with 11,311 units sold last month, down from fifth in November last year when it clocked 14,038 units.

Hyundai Motor India Ltd's (HMIL) premium hatchback Elite i20 sold 10,555 units in November coming at seventh position, up from eighth in the same month last year when it sold 10,236 units. HMIL's SUV Creta clocked 9,677 units to be at eighth position, moving up one slot from November last year when it registered 8,528 units.

Another compact car from the company's stable, Grand i10 sold 9,252 units last month coming in at the ninth spot, down from seventh in the year-ago month when it sold 13,249 units. Making an entry into the top ten best selling PV models was HMIL's comeback model Santro with 9,009 units. It was re-launched in October this year after it was discontinued in December 2014.