Cheerless festival ahead for autos

On government’s intervention with a stimulus package, he said there was no certainty if this would happen. 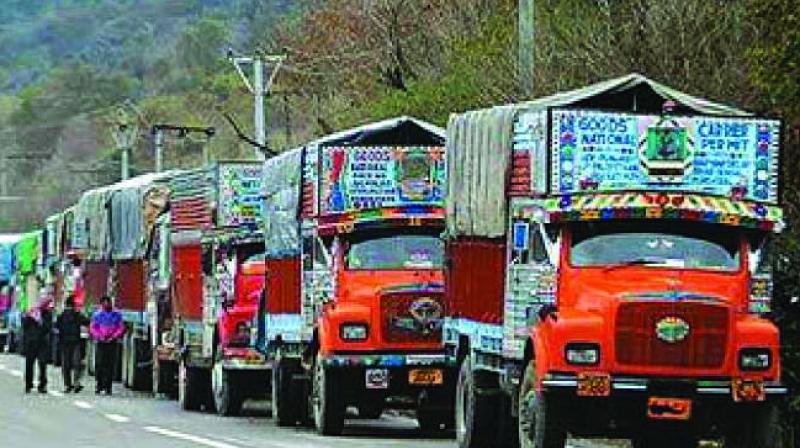 The report also pointed out that illegal sand mining ban, stalling of construction has hit sales of tractor.

PUNE: The festive retail growth for two-wheelers, passenger vehicles, tractors and commercial vehicles, which are reeling under unprecedented slowdown, could be in low single digit at best, a research report has said.

What could boost demand and help clear bloated dealer inventories in the short-term is a brief three- or six-month window of GST rate cut on automotives, the report by Elara Capital said.

“With the present sentiment, automobile sales will be limited to 3-4 per cent during this festival season, which starts mainly from September,” Vijay Gyanchandani, Senior Associate at Elara Capital, told Financial Chronicle.

He said the auto industry has lost the high consumption markets like Kerala, Maharashtra and Karnataka, the victims of recent floods, for whom buying a vehicle at this point would be the last thing on their mind.

“This is a cyclical slowdown, which happens every five years or so. But the extent of it today is very severe because of the sharp increase in the cost of buying a car or other vehicles in the market,” R.C. Bhargava, Chairman at Maruti Suzuki, which sells one car out of two sold in the country, told Financial Chronicle.

He said the difference of auto sales slump this time is that from bank loans to taxes, from the Centre and states and other regulatory systems have come together and hit the auto sector badly.

“For instance, buying a car has become a costly affair for a common man as even a hike of Rs 25,000 to Rs 30,000 will make the buyer think twice and postpone buying, hoping for a better rate,” Bhargava explained.

He said automakers were now banking on the festival season for a lift up, which is expected by the end of this year. On government’s intervention with a stimulus package, he said there was no certainty if this would happen.

The NBFC liquidity crisis has contributed to weak consumer sentiment, with reduced credit availability across segments, including for consumer products, he pointed out.

“The upcoming festive season will be a critical indicator whether there is any improvement in the overall consumer sentiment. Government initiatives to improve liquidity in the banking system are likely to have a positive impact over a period,” Ray said.

Rajan Wadhera, President at Society of Indian Automobile Manufacturers, and also President of Automotive Sector at Mahindra & Mahindra, said the entire automotive industry have urged the government to reduce the GST rate from 28 per cent to 18 per cent on vehicles.

The automotive industry, which is currently facing a daunting challenge of a deep slowdown needs stimulus to boost consumer demand, he said.

The report also pointed out confusion over BS-VI emission norm (which would kick in from April 2020) as many are hoping for increased discounts or fire-sale (like what happened during BS-III and BS-IV transition) in end of FY20 has also caused sales slowdown.

The Elara Capital team, which visited eastern UP to interact with stakeholders and understand the current auto slowdown, said Uttar Pradesh is a key auto consumption state as it ranks number one in two-wheeler and tractor volumes while number two in passenger vehicles and medium and heavy commercial vehicles.

“But the current situation is precarious across segments in the state where retails are down in the range of 20-70 per cent, highest being in the MHCVs,” the report said.

It said the truck volumes, a barometer of the economy, were also down 60-70 per cent in recent months in this region (75-80 per cent of truck demand in UP is for transportation of sand, crushed stone, cement, all infrastructure related).

The report also pointed out that illegal sand mining ban, stalling of construction has hit sales of tractor.

“The ban on illegal sand mining coupled with slowdown in construction has left heaps of unsold sand and cash flow is stuck for these tractor owners,” Elara Capital said.