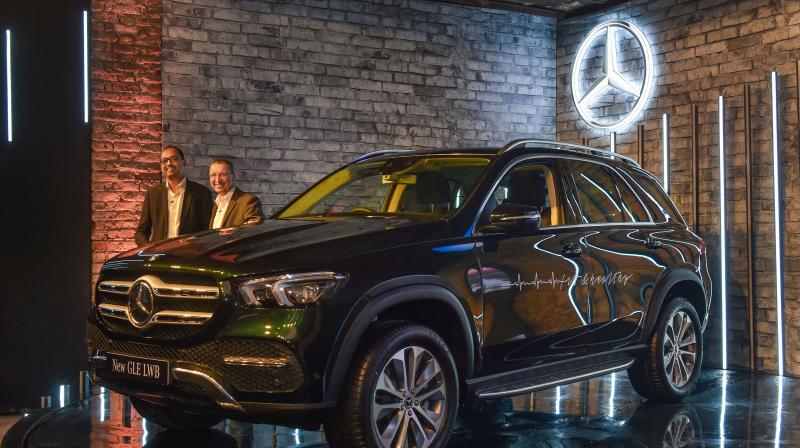 FRANKFURT: Daimler, the maker of Mercedes-Benz luxury cars and Freightliner trucks, lost 1.91 billion euros ($2.21 billion) in the second quarter as the coronavirus outbreak slashed sales of the company’s cars, vans, buses and trucks by about a third.

CEO Ola Kallenius said Thursday it had worked to preserve cash reserves during a difficult time and was seeing “the first signs of a sales recovery.” He said there would be more efforts to cut costs because the lost sales would not be made up this year even as the economy returns to “a certain normality.”

The profit figure compared to a loss of 1.24 billion euros in the April-June quarter last year when the company had large one-time deductions to earnings.

Based in Stuttgart, Daimler AG suspended production in March, April and May as the pandemic and related countermeasures slowed economic activity around the world. Vehicle sales fell 34% to 542,000 from 822,000 in the year-ago period. Top-line revenue fell 29% to 30.2 billion euros.

Kallenius said that “our net industrial liquidity is a testament to effective cost control and cash management, which we must continue to enforce. We are now seeing the first signs of a sales recovery — especially at Mercedes-Benz passenger cars, where we are experiencing strong demand for our top end models and our electrified vehicles.”

He said it was crucial to reduce the cost level at which the company could break even but added that layoffs would be “a last resort.”

The company is facing multiple challenges common to all automakers including regulatory pressure in Europe to cut emissions through sales of more electric cars and adapting to the changing ways that people use cars, such as ordering rides or renting cars for just a few hours through smartphone apps. Daimler is rolling out more electric vehicles through its Mercedes EQ sub-brand and says its EQS electric sedan coming next year will have a highly competitive range of 700 kilometers (435 miles) under the European standard.

Kallenius said that the company was seeing strongest demand in higher price categories, an area where it will renew its flagship Mercedes offering, the high-end S-Class sedan. A new version of the vehicle is coming this fall and is already being teased with online presentations.

In addition to Mercedes-Benz and Smart cars the company’s brands including Freightliner and Western Star trucks and Thomas Built buses under its North American truck business based in Portland, Oregon.