This new model will directly take on the BMW X6 and the Mercedes GLE Coupe. 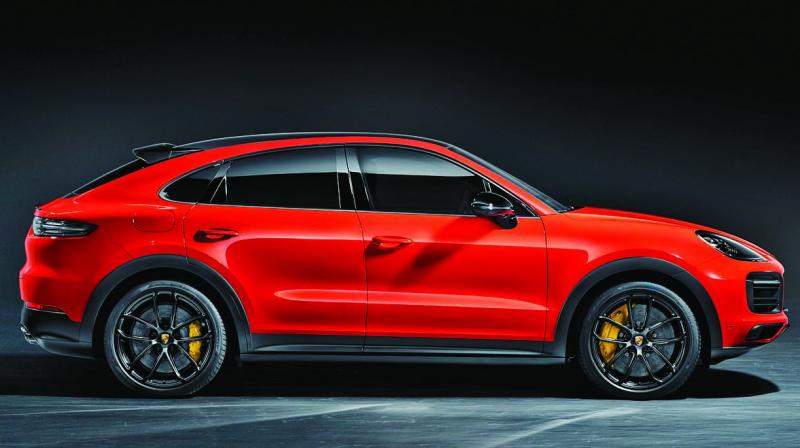 Pune: Porsche, the German super sports luxury car maker, has launched the new Cayenne Coupe, which is essentially a restyled version of the standard Cayenne SUV.

This new model will directly take on the BMW X6 and the Mercedes GLE Coupe.

There is no word when it would be launched in India but buyers here could order the SUV with the company in the country.

The Porsche Cayenne Coupe will initially be offered with two engine options - the six-cylinder 3-litre turbocharged V6 petrol unit producing 340HP and 450Nm of torque on the entry-level variant and a 4.0-litre, twin-turbocharged petrol V8 that produces 550HP and 770Nm of torque in the Turbo variant.

Both engines will be offered with Porsche's own 8-speed torque convertor automatic transmission.

Porsche claims that the Cayenne Coupe V6 will sprint from the 0-100kph in just 5.9 seconds while the V8 Turbo variant will do it in even less in 3.9 seconds. The vehicle's top speed is 286 kmph.

The brand is expected to add a pair of petrol-electric plug-in hybrid drive trains, which will be shared with the Panamera, to the line-up in the future.

"The Coupe includes all the technical highlights of the current Cayenne, but has an even more dynamic design and new technical details that position it as more progressive, athletic and emotional," Oliver Blume, executive chairman at Porsche AG, said.

The front windscreen and A-pillar on the Cayenne Coupe are shallower than in the Cayenne, thanks to a roof edge that has been lowered by around 20 millimetres.

Redesigned rear doors and fenders broaden the shoulders of this vehicle by 18 millimetres. The rear number plate is integrated into the bumper.