Kia Seltos launched at Rs 9.69 lakh: Here’s all you need to know

The Seltos will be available with BS6-compliant 1.5-litre petrol and diesel engines along with a 1.4-litre turbo-petrol engine. 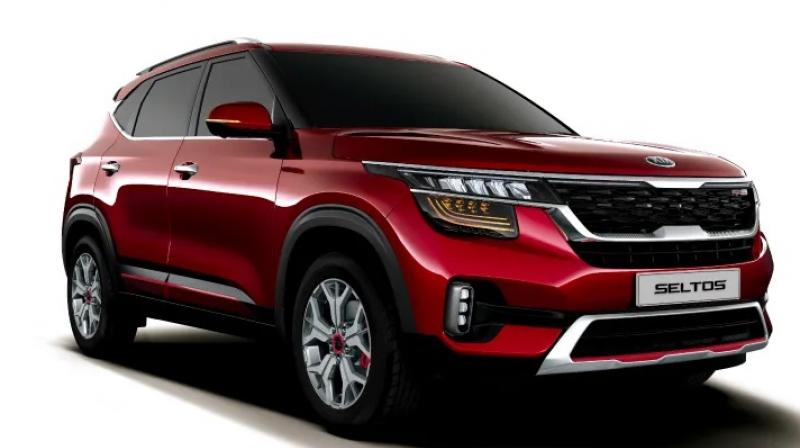 The Seltos’ GT lineup is a petrol-only trim, powered by a 1.4-litre turbocharged engine that makes 140PS of power and 252Nm of peak torque.

Kia launched the Seltos SUV in India on Thursday with the price range from Rs 10 lakh to 16 lakh (ex-showroom).

The Seltos will be available with BS6-compliant 1.5-litre petrol and diesel engines along with a 1.4-litre turbo-petrol engine.

The compact SUV will be sold in two variant trims - Tech Line and GT Line - which are further divided into four variants each.

Where the GT Line gets GTE, GTK, GTX and GTX+ variants, the Tech Line includes HTE, HTK, HTX and the HTX+ variants. Here the GTX+ is the top of the line variant of the Seltos lineup.

Kia was not planning to offer the option of a DCT automatic with the GTX+ variant that comes with all the bells and whistles earlier. However, the carmaker has now confirmed that the top-spec GTX+ will come with the DCT automatic as well. This means people planning to buy the 1.4-litre turbo petrol with the 7-DCT won’t have to miss out on the additional features that the GTX+ variant gets over the GTX variant.

Over the GTX, the GTX+ variants gets features such as a Bose sound system, 360-degree camera, front parking sensors, blind view monitor (display camera feed from side cameras to the 7-inch MID when turn indicators are switched on), electric sunroof, ventilated seats and an 8-way adjustable driver’s seat.

The Seltos’ GT lineup is a petrol-only trim, powered by a 1.4-litre turbocharged engine that makes 140PS of power and 252Nm of peak torque. The turbo petrol unit is the fastest in the Seltos’ lineup as it can go from 0-100kmph in 9.7 seconds. The 1.4-litre Seltos has a claimed fuel efficiency of 16.5kmpl with the DCT and 16.1kmpl with the 6-speed manual gearbox.