BMW 3 Series sedan promises to boost sales and increase the market share of the Stuttgart-headquartered company in the country. 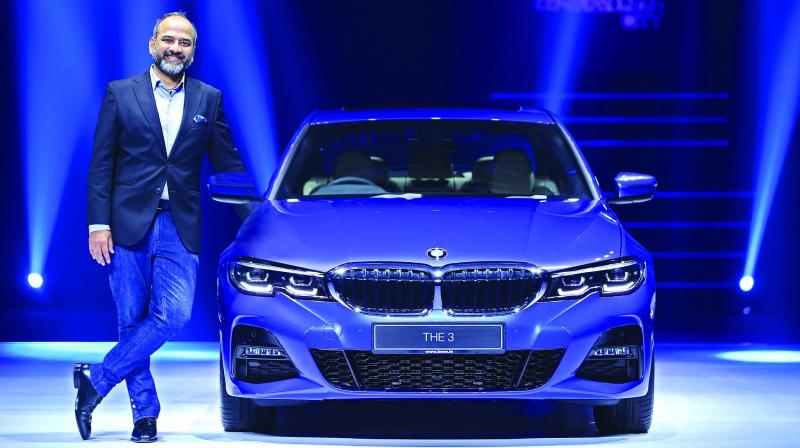 With a starting price of Rs 41.40 lakh and going upto Rs 47.90 lakh at pan India showroom, new BMW 3 Series will take on the Mercedes-Benz C-Class, the Audi A4 and the Jaguar XE in India.

BMW 3 Series sedan promises to boost sales and increase the market share of the Stuttgart-headquartered company in the country.

"The all-new BMW 3 Series built on a new platform will expand our market with millennial aspirational buyers in the country," Rudratej Singh, President and CEO at BMW Group India, who took over India operations from August 1 in his first media interaction.

He said every third luxury car sold in India from the BMW stable is the popular 3 Series sedan, which is the largest selling sports sedan in the country.

The locally produced at its Chennai factory is now available for sales in petrol and diesel variants at its dealership across India.

"The 3 Series is the heart and soul of BMW. As the ultimate sports sedan, for over four decades, it has been the flag bearer of sheer driving pleasure," Sigh pointed out.

He said the all-new BMW 3 Series, built for the thrill and driven by technology, creates an impeccable harmony between the driver, the machine and the road.

Based on the same Cluster Architecture (CLAR) platform as the 5 and 7 Series, the new sedan is larger, and yet about 55 kg lighter than its predecessor.

In terms of styling, the G20 retains the basic silhouette of the F30 but features plenty of tweaks all round. Up front,

L-shaped LED daytime running lights replace the traditional round ones and the kidney grille is bigger.