The retail and service centre is exclusively for Honda’s big bikes. 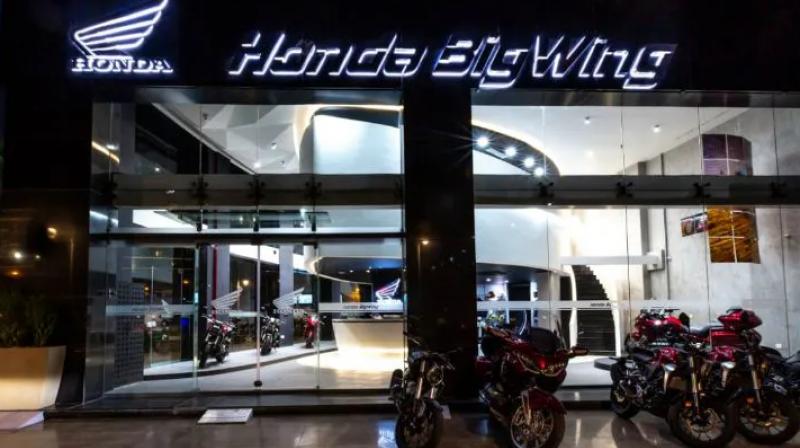 The BigWing dealership, which was opened in Gurugram, will cater to both sales and service of Honda’s big bikes.

Japanese manufacturer Honda has launched its first BigWing dealership in India. Honda had announced earlier in the year that it will be increasing the size of their big bike portfolio for the Indian market under the Silver Wing brand. The BigWing dealership, which was opened in Gurugram, will cater to both sales and service of Honda’s big bikes. The dealership will also display all the big bikes Honda offers in India.

Honda’s current big bike portfolio (CKD & CBU offerings) consists of the CB300R that starts at Rs 2.41 lakh, the CBR650F, Africa Twin, CB1000R, CBR1000RR and the range-topping GL1800 Gold Wing which retails for Rs 27.79 lakh (prices ex-showroom, Delhi). Honda had recently launched the CB300R street naked in India. Brought in as a CKD offering, the bike currently commands a waiting period ranging from one to six months, depending on the city.

We think this is a good move by Honda to offer a personalised and premium experience for its niche big bike customers, something that has previously been a standard practice for premium brands like Ducati, Triumph and Harley-Davidson.