A competitive price, design updates, additional features and a new diesel motor are the highlights of this facelift. 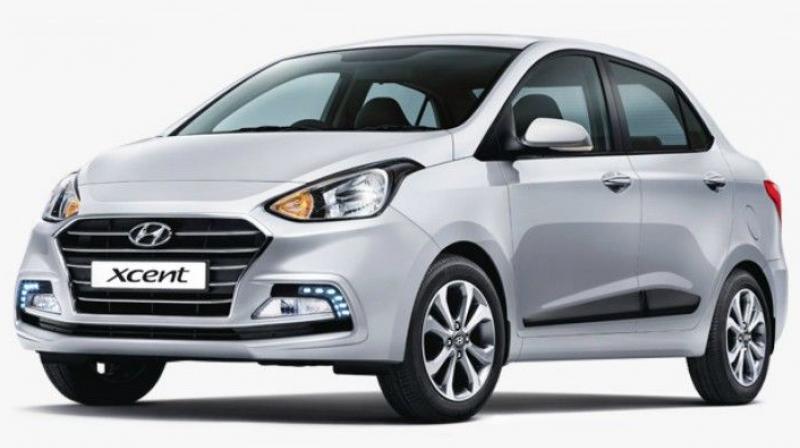 Let's have a look at it.

To keep up with the increasing competition in the sub 4-metre sedan category, Hyundai has introduced the Xcent facelift in the country. The new Xcent starts at Rs 5.38 lakh and goes up to Rs 8.42 lakh for the top spec variant (ex-showroom Delhi). The Xcent was first launched in 2014 and primarily competed with the Maruti Suzuki DZire and the Honda Amaze. However, recently, Tata introduced the Tigor, and the third-generation Swift DZire is also likely to launch soon. The facelift has been introduced at the most appropriate time. Let's have a look at it.

Let's look at the changes in detail. 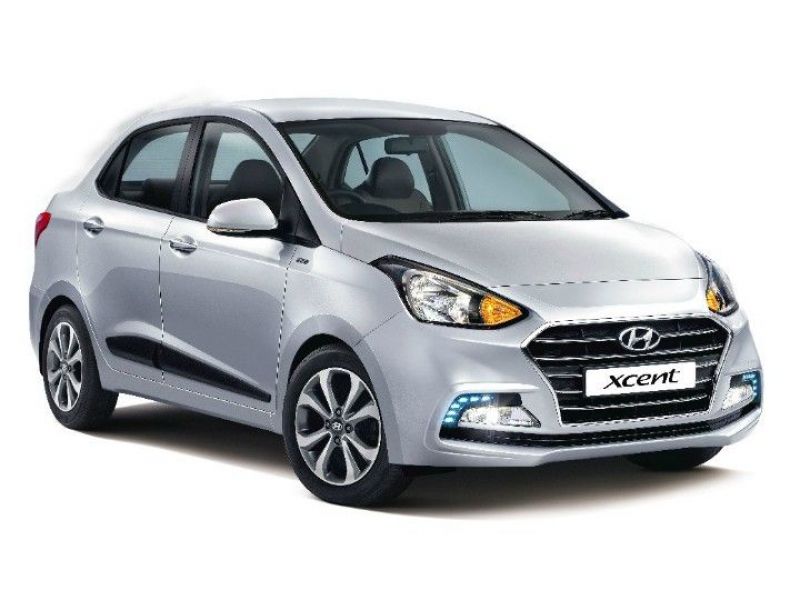 Hyundai had two major agendas when going about updating the Xcent - bring it closer to the company's new design philosophy and reduce the similarities it had to the Grand i10 hatchback.

At the front, the Xcent gets an all-new Hyundai-signature 'cascading' grille design with prominent horizontal chrome slats, a heavily redesigned bumper with horizontal fog lamp units instead of the earlier round ones and new LED DRLs, and blackened headlamp units. 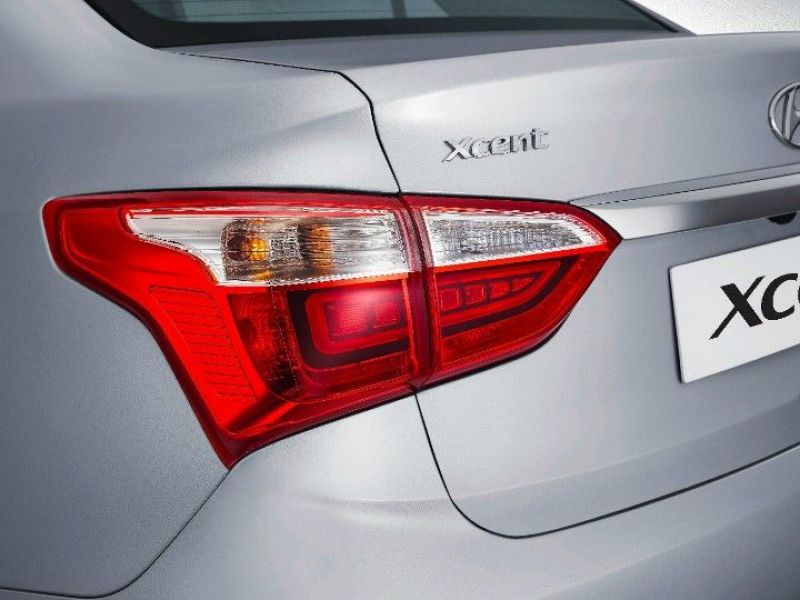 The side profile remains the same as before, except for the addition of new 14-inch alloy wheels for the SX variant. At the rear, the transformation continues; new two-part taillamps extend onto the boot lid, the taillamps are connected by a chrome strip, the boot lid design seems to have been tweaked for a larger opening and the bumper mimics the aggressive design at the front. 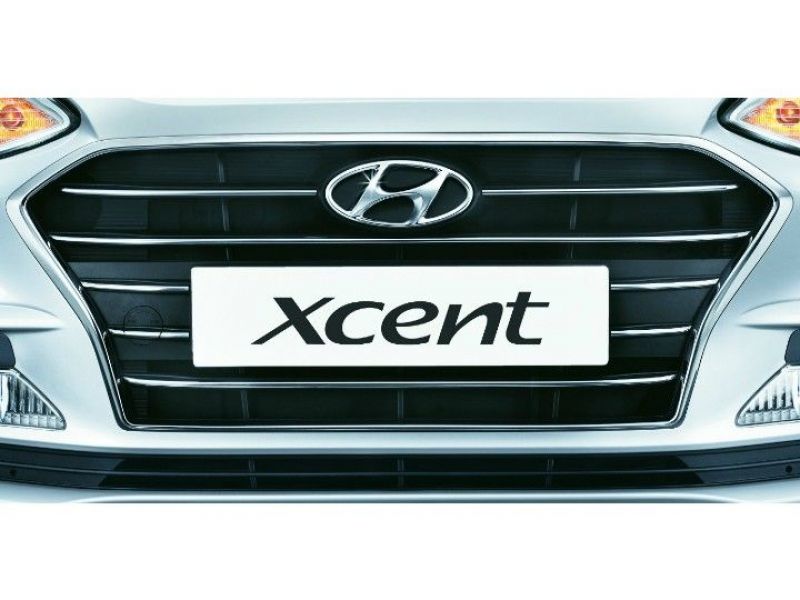 Hyundai has added a new variant to the Xcent lineup; the new 'E+' variant is placed in between the base 'E' variant and the mid-level 'S' variant. This has allowed Hyundai to price the E variant much lower than before. 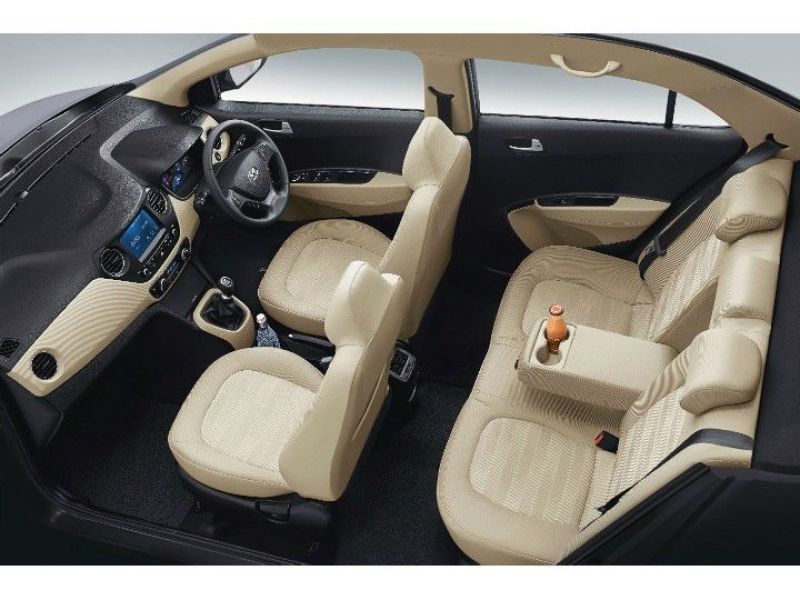 The prices  of all variants, ex-showroom Delhi, are as follows: 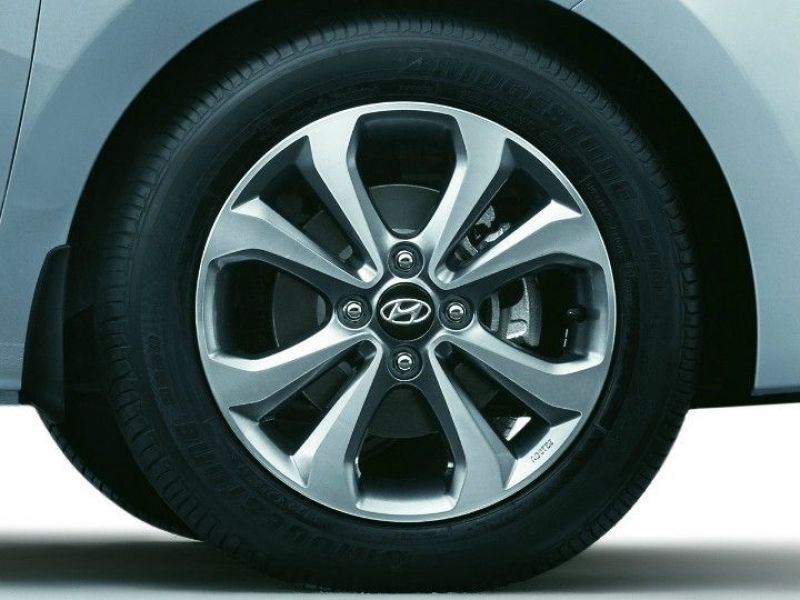 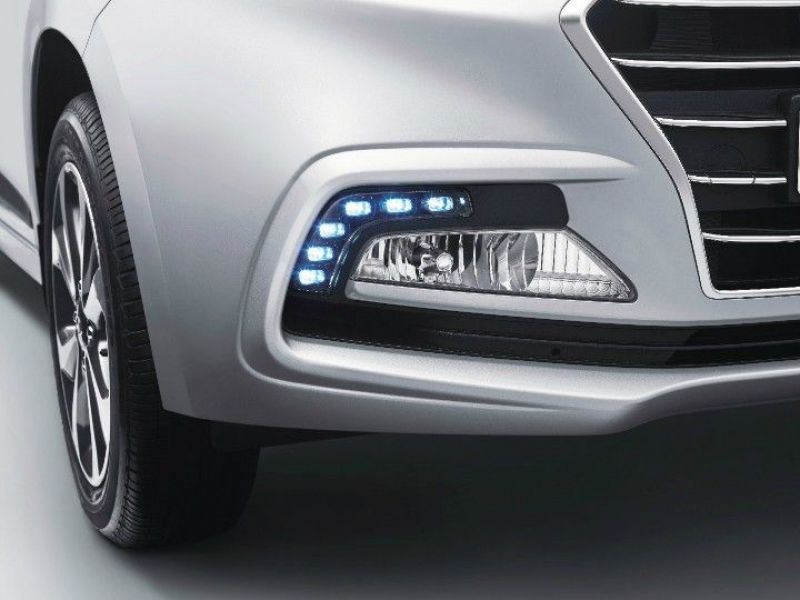 With increasing competition, Hyundai has had to add new features to keep the Xcent a value-for-money proposition for customers. Many features added to the Xcent facelift were first introduced on the Grand i10 facelift launched earlier in 2017.

Highlights include LED DRLs, 7-inch touchscreen infotainment system with Apply CarPlay and Android Auto compatibility, shark fin radio antenna, and an alternator management system. The S petrol automatic variant also gets a mobile holder on the dashboard. Dual front airbags have been made standard equipment on the Xcent, as has been an Alternator Management System (AMS). 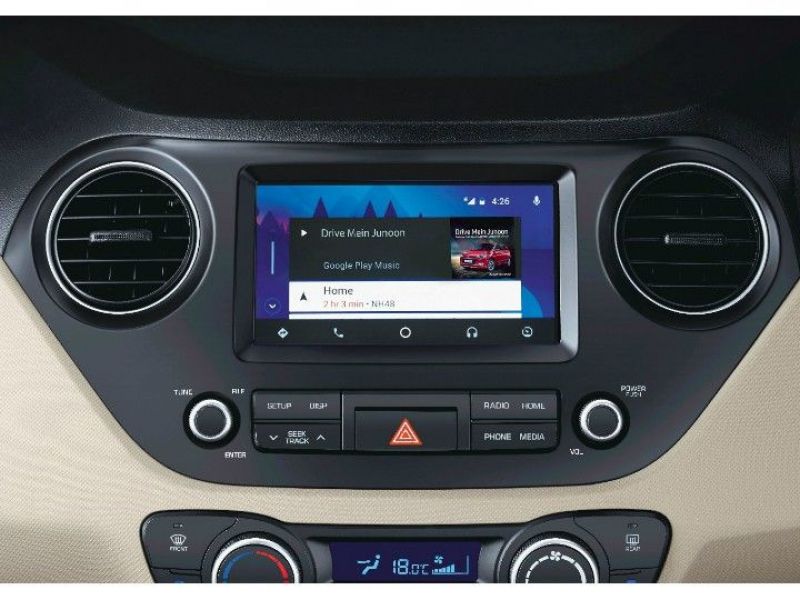 Hyundai has had to remove many features to make the Xcent as attractive a package as it is. The new base E variant is essentially there to grab attention for the low price, but it loses out on full-wheel covers, blacked-out B-pillars, passenger-side vanity mirror, a digital clock, rear-seat armrest, a day/night IRVM and central locking as compared to the pre-facelift base variant. The S variant no longer gets a height-adjustable driver seat. The SX variant misses out on the automatic electrochromic IRVM, while the ioniser in the SX (O)'s climate control system has been removed.

While equipping dual airbags as standard equipment is a commendable move, Hyundai has removed the previously standard Anti-lock Braking System (ABS) from the Xcent lineup. ABS is now only available on the SX and SX (O) variants. 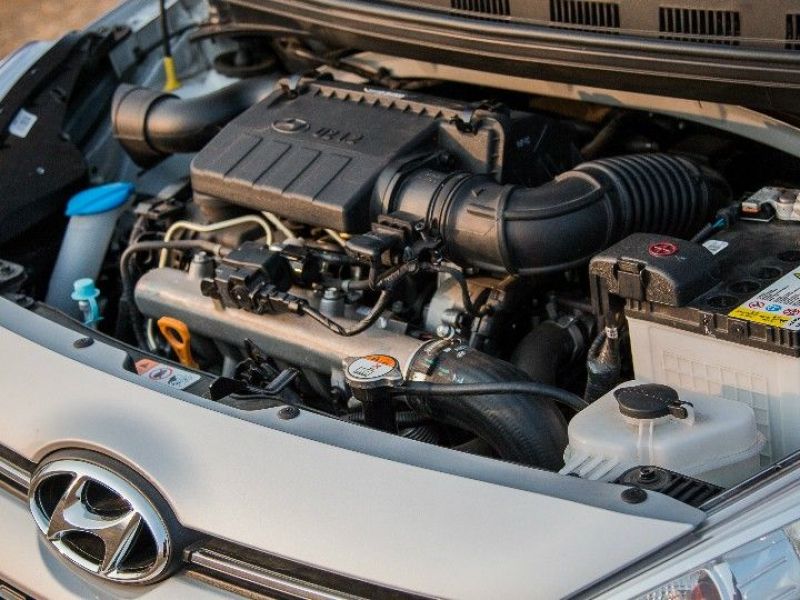 The petrol variants of the Hyundai Xcent facelift get the same engine as the pre-facelift models. A 1.2-litre, 4-cylinder naturally aspirated motor developing 83PS @ 6000rpm and 114Nm @ 4000rpm. This engine is paired to either a 5-speed manual transmission (ARAI-certified fuel efficiency of 20.14kmpl, which is 1.04kmpl higher) or a 4-speed automatic transmission (17.36kmpl, higher by 1.26kmpl).

The diesel variants of the Xcent facelift get a new motor under the hood. First seen on the Grand i10 facelift, the new 1.2-litre, 3-cylinder turbocharged unit replaces the earlier 1.1-litre, 3-cylinder, turbocharged motor. It develops 75PS of maximum power @ 4000rpm and 190Nm of peak torque @ 1750rpm-2250rpm - power and torque have increased by 3PS and 10Nm respectively. While these may not look like much, the new Xcent diesel should be livelier to drive than the older car - just like the new Grand i10 diesel. The engine is paired to a 5-speed manual transmission which returns a mileage of 25.4kmpl, which is higher than before by 1kmpl.

The addition and deletion of features and mechanicals has had an effect on the price of the Hyundai Xcent facelift, check out the table below for the breakdown.