Its rival and market leader Maruti Suzuki was the first automaker to declare making and selling diesel cars in India from next year. 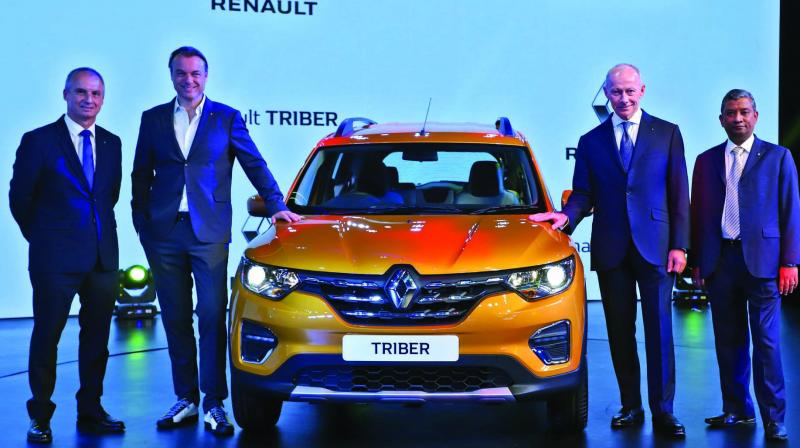 The company said Renault Triber, made at its Chennai factory, will be commercially sold in India in the second half of 2019, when the price would also be revealed.

NEW DELHI: French car giant Renault said on Wednesday that it would stop sale of diesel car in India after April 2020, when the stringent Bharat Stage VI fuel emission norms are implemented in the country. Its rival and market leader Maruti Suzuki was the first automaker to declare making and selling diesel cars in India from next year.

“We will not sell diesel cars in India from next year,” Thierry Bolloré, Global CEO of Renault SA told reporters on the sidelines of the company’s global unveiling of Renault Triber, the sub-4 metre 7-seater multi-purpose vehicle, or MPV.

The company said Renault Triber, made at its Chennai factory, will be commercially sold in India in the second half of 2019, when the price would also be revealed.

Answering a query, he said diesel vehicles were naturally decreasing in terms of proportion of sale globally. “It is massive, but not sudden,” Bollore said, adding that at present there was a clear regulatory approach to deter sale of diesel cars in big cities.

“We have also decided to limit the development of diesel powertrain when Euro VII comes,” he said, from a global perspective.

According to auto experts, even in India, the world’s fourth biggest automaker, the share of diesel cars has fallen to almost a decade low to about 19 per cent at the end of FY19.

Reiterating that the petrol and electric and other alternative fuels were the future, Bollore pointed out that its new offering the Triber will come with just a petrol engine and it has no diesel engine.

On electric vehicles, Bollore said EV is part of the Renault’s mid-term plan for 2022 and the company will look at local manufacturing of the same.

Renault Triber is the first all-new product from the company in nearly two years. Triber is the outcome of a joint project between Renault teams in India and France.

Bollore said Triber will be exported from India to Latin American and African countries.

Renault Triber is powered by a 1.0-litre SCe petrol motor generating 72hp and 96Nm of torque. It is essentially a slightly tweaked version of the Kwid's engine that also makes similar figures. Mated to the engine are two gearbox options—a 5-speed manual gearbox and a 5-speed automated manual transmission.