2016 proves to be an 'eventful' ride for automakers

The drop in retail sales was worse while the footfall at showrooms has dropped dramatically. 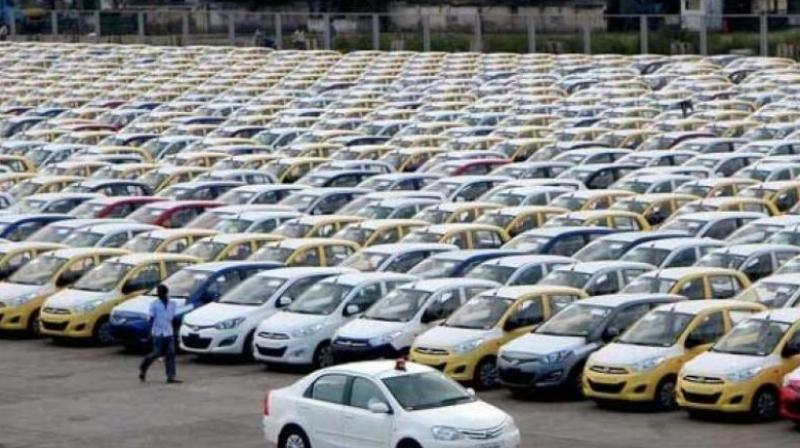 The industry had to start getting ready for leapfrogging to BS VI emission norms from 2020 from the current BS IV. (Representational Image)

New Delhi: The Indian auto industry is yet again looking forward to a new year with renewed optimism amid challenges of new regulations after a bumpy ride in 2016.

Despite beginning the year with a bang -- with 108 product launches and unveilings at the biennial Auto Expo in February -- the industry found that its wish for a third consecutive year of growth was not going to be a cruise.

Far from a smooth drive, 2016 turned out to be a journey with major speed breakers and blind corners as the industry became the favourite whipping boy in the fight against pollution.

It bore the brunt of the ban on diesel cars and SUVs with big engines of 2,000 cc and above in Delhi-NCR for eight months, and according to SIAM, this resulted in a loss of Rs 4,000 crore for the industry.

Besides, the industry had to start getting ready for leapfrogging to BS VI emission norms from 2020 from the current BS IV, three years earlier than they had been envisaged.

Not just that, come October 2017, all the new car models will have to pass a mandatory crash test as the government has decided to introduce stringent safety norms. For upgrades of the existing models, the deadline will be from October 2018.

"A lot is expected to happen in 2017 on the regulatory front and with introduction of GST... With so many policy-level developments all through the year, the auto industry is surely expected to face a challenging, yet interesting year," Society of Indian Automobile Manufacturers President Vinod K Dasari told PTI.

While he refrained from commenting on the outlook for 2017 stating that "the current situation is a bit difficult" for a forecast, Dasari said: "...with demonetisation, the economy currently is facing a temporary disruption in domestic demand. The situation is likely to continue till March 2017, post which the economy should bounce back to normal."

In 2016, the auto industry saw sales counter ticking for the better part of the year till the sudden announcement of demonetisation that brought sales to a screeching halt.

The blow in November immediately followed a bountiful festive season and made showrooms wear a deserted look in the wake of the recall of old Rs 500 and Rs 1,000 notes.

"The industry witnessed a degrowth of 5.5 per cent in wholesale sales in November 2016. The drop in retail sales was worse while the footfall at showrooms has dropped dramatically," Dasari said, adding that November 2016 was a difficult month for the whole economy and the auto industry due to demonetisation.

Putting things into perspective, he said total automobile domestic sales in January November 2016 grew by 11.4 per cent compared with the year-ago period. In January October 2016, the industry had grown by 13.1 per cent against the corresponding period a year earlier.

Dasari, however, said: "This situation should be looked against the background of good monsoon and expectations of revival of the rural market after three years. The optimistic outlook continued despite the infrastructure cess introduced on passenger vehicles in the Union Budget by the Finance Minister."

He termed the year 2016 as "quite eventful". The year saw the government mooting a vehicle scrappage policy even as the Delhi government ordered removal of diesel vehicles in Delhi/NCR that are older than 15 years.