This new SUV is powered by the Fiat-sourced 2.0-litre turbocharged diesel engine, which develops a 170hp. 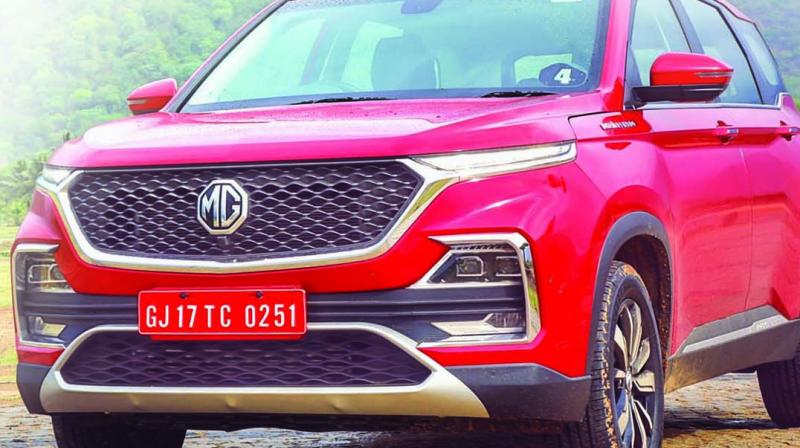 Safety is taken care off with six airbags, ABS, ESP and, a segment-first, fatigue-warning alarm.

MG Hector, the first car from the British brand MG (Morris Garages) Motor, will be launched in India by the end of this month.

Based on the Baojun 530 from parent SAIC, the new five-seater SUV is big compared to its rivals such as Tata Harrier and the Jeep Compass, and flaunts many first-in-class features in its segment.

The new SUV is powered by the Fiat-sourced 2.0-litre turbocharged diesel engine, which develops a 170hp, and it is mated to a 6-speed manual gearbox, and the 1.5-litre turbo-petrol engine from SAIC churns out a modest 143hp, and it gives the option of a 6-speed manual and a 7-speed automatic transmission. There is also a petrol-hybrid version with a 48V battery, which again, is a segment first.

Safety is taken care off with six airbags, ABS, ESP and, a segment-first, fatigue-warning alarm. 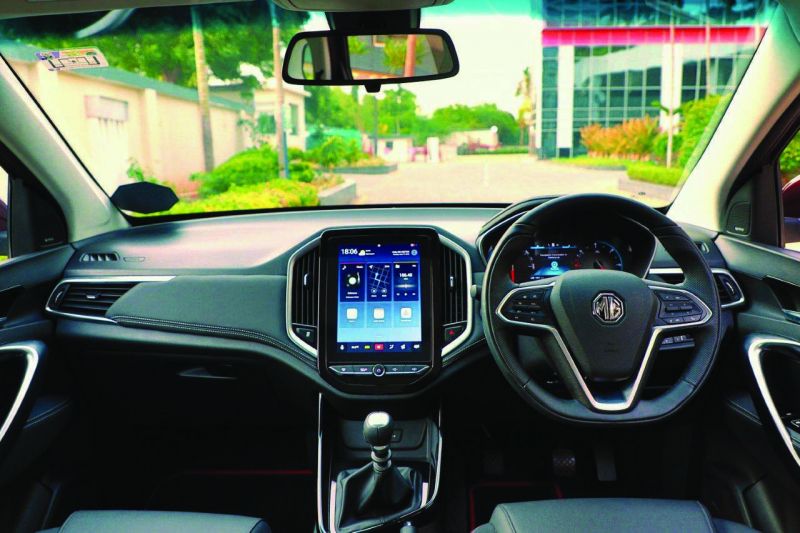 The Exterior
The MG Hector is indeed a head-turner and it certainly turned heads every time and everywhere I stopped for photos on the picturesque route from Coimbatore to Coonoor. The nose has lots of interesting detailing and follows the current trend where the headlight cluster is placed down at bumper level with the LED DRLs sitting above where the lights typically should be. The grille, the blade-like DRLs accentuate the size of the grille and look great when illuminated. There is a good dose of chrome, used liberally around the grille, and C-shaped headlight housings.

Overall, the appearance of the Hector is that of a rich, upmarket-looking vehicle, dripping with chrome and one that certainly stands out from the crowd.

The Interior
The car’s spacious cabin is centred around the 10.4-inch touchscreen, which is the biggest just not in its segment but also among all the cars.

It has a 360-degree camera offering a phenomenal view to the TomTom navigation (with real-time traffic updates) and a Gaana app, which streams music seamlessly through the impressive Infinity sound system.

The car has auto headlights, cruise control, rain-sensing wipers and segment-first features like mood lighting and heated outside rear-view mirrors. There is a decent amount of storage space inside the Hector but the door bins, cubbyholes and glove box could all have been a touch bigger.

The Hector is also equipped with the voice command system that can be activated by a pleasant “Hello MG” greeting. You can follow up on that with a command like 'Please open the sunroof', and the car does it for you. The same goes for the air-conditioning, opening and shutting windows. You just talk to the car. But do say “Please” when you ask for something because that is British in the Hector.

The Drive Experience
Hector’s petrol hybrid motor shows a likeable eagerness to build speed. It is a torquey engine, and it is not underpowered even if you stick it in a higher gear than necessary. The six-speed has fairly long throws, but each gear slots in with a nice, positive feel. Hitting a series of dips and crests on highways at a little over 100 kmph does not upset the car, with the large SUV settling down quite nicely.

The diesel Hector comes across as the more fun to drive variant with loads of low end torque. It feels quicker off the line and has a sprightlier performance than the petrol. But it is also the noisier one too. The diesel clatter seeps through to the cabin and NVH levels could have been better. The 6-speed gearbox on both variants works well and feels precise even when shifting aggressively.

Should I buy it?
The Hector is rich on features with decent engine options and offers likeable performance too. The overall quality is also good. The big USP is the connectivity technology that it offers and while the excitement may wear off after some time, it definitely will draw buyers. With an expected price range between Rs 14 lakh and Rs18 lakh, it is likely to give its rivals a run for their money.