Venue looks like a scaled down version of the Hyundai Creta. 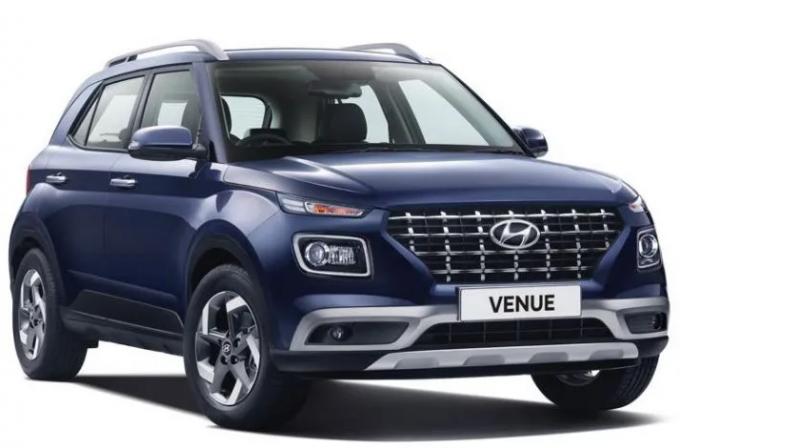 Hyundai’s entrant in the smallest SUV category in the country is here with all the goods from the immensely successful Creta and then some.

Hyundai has taken the wraps off its new sub-4 metre SUV, the Venue. The unveiling happened simultaneously here in India, and at the ongoing New York International Motor Show. In essence, the Venue looks like a scaled down version of the Hyundai Creta. However, it is underneath the bodywork that the Venue hides the good stuff. It will be offered with a 1.0-litre turbocharged petrol engine that can be had with an in-house developed 7-speed dual clutch transmission. Hyundai’s smallest SUV yet will also come with an eSIM, which in turn will allow buyers to track multiple things about their car via an app. The technology is similar to what MG will offer on the Hector.

In terms of size, the Venue measures 3995mm in length, 1770mm in width and and1590mm in height. It even gets a 2500mm long wheelbase. When compared to its key rival, it is as long as the Maruti Vitara Brezza and has a similar wheelbase as well. But the Venue is 20mm narrower and 50mm shorter than the Maruti. In fact, the only SUV that is narrower than the Venue is the Ford EcoSport. But the Venue is a good looking SUV and gets features like a dark chrome Hyundai family grille, projector headlamps, LED DRLs, projector fog lamps, LED tail lamps, 16-inch dual tone alloy wheels and a shark fin antenna.