The roof-mounted spoiler has been kept in place and thankfully there is no roof rail spoiling the limousine’s look. 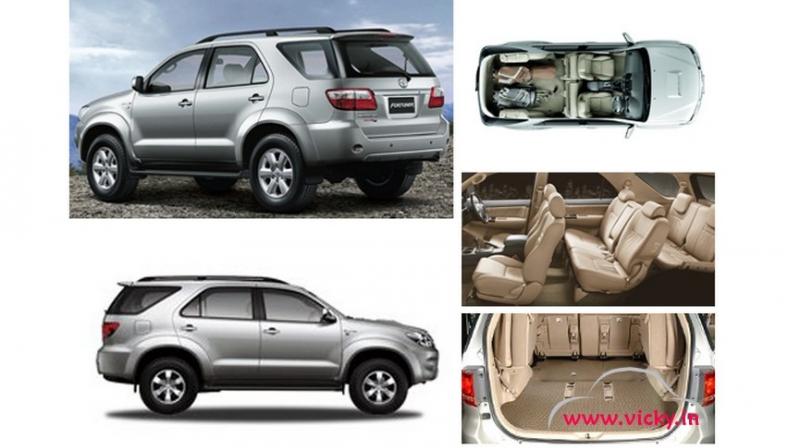 The customisation alone costs Rs. 40 lakh as the aggregate cost including buy of the standard Fortuner would prompt to an expected estimation of Rs.70 lakh.

Toyota Fortuner is effectively the most fancied premium SUV from the Japanese producer for a long time in India.

Made by the incredibly famous DC Design, the generation time for the limo is only three months. Worked at Guwahati, the customisation alone costs Rs. 40 lakh as the aggregate cost including buy of the standard Fortuner would prompt to an expected estimation of Rs.70 lakh.

Up front, the signature headlamps being slightly reworked with projector units are present while the muscular hood scoop has been retained along with inclining bonnet lines. It features hexagonal grille mesh, aggressive front bumper and an F1 badge replacing the traditional Toyota’s.

The side profile gets the wheelbase expansion that highlights the lengthier way of limousine.

In any case, the first profile behind the B-pillar in the customary model seems to be indistinguishable from the C-pillar of the Fortuner limo, proposing a deliberately controlled customisation work from frame to other mechanical segments.

The roof-mounted spoiler has been kept in place and thankfully there is no roof rail spoiling the limousine’s look.

The rear-end gains reworked tail lamps and single exhaust pipes on either side.

DC focused on making the inside as extravagant as could reasonably be expected as it would dependably do with its specially designed vehicles.

In the center, the changes have brought about an official lodge claim with seating limit with respect to four people.

There's arrangement for telephone and the seats can be multi-way balanced. Other than a major TV, the entryway boards and different components have been embellished with wood touches also to add premium feel.

It could be powered by the same 2.5-litre or 3.0-litre common rail turbo diesel engine of the older-gen Fortuner connected to a five-speed manual transmission.