The company owned by Tata Motors showcased its first electric car this week at the Los Angeles Auto Show. 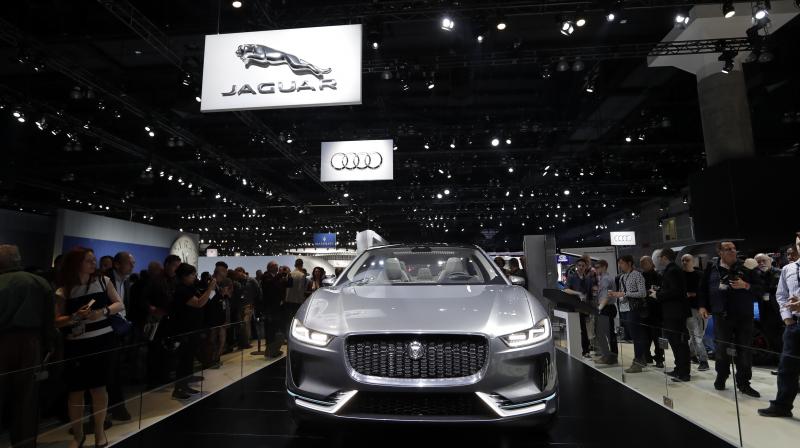 Half of all new Jaguar Land Rover vehicles will be available in an electric version by the end of the decade, Britain's biggest carmaker said on Wednesday, after showcasing its first electric car this week.

The model is due to hit the streets by 2018, in a sign of how car manufacturers are seeking to tap growing demand for more environmentally-friendly vehicles.

"We are shaping the future, developing our own approach to autonomy, connectivity and electrification to offer our customers more choice," said Chief Executive Ralf Speth.

Last year, Jaguar Land Rover said it would double the size of its powertrain engineering centre in central England to support the development of more low-emission vehicles, the fastest growing market for new cars in Britain.

Speth told Reuters in September that it would make sense for the firm to build both electric batteries and vehicles in Britain. The company said cleaner diesel and petrol engines and plug-in hybrid vehicles were also part of its plans.