Automobile sales down 7.5 per cent: FADA

Two-wheeler sales took the biggest hit, followed by commercial vehicles, cars and SUVs and the three-wheelers. 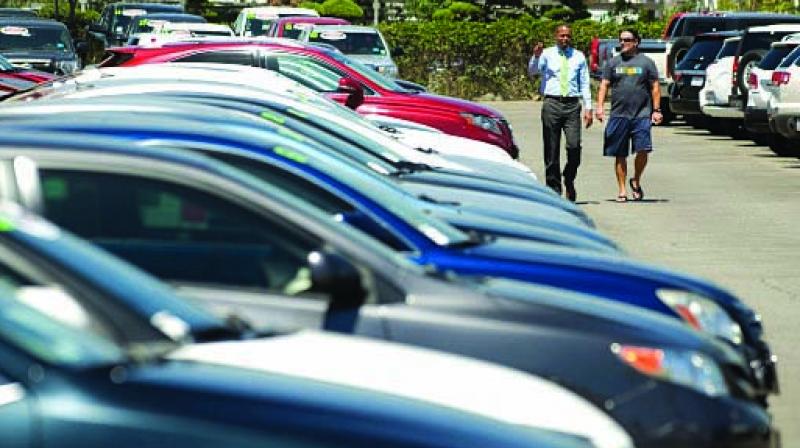 According to FADA, while inventory came down in the cars and SUVs segment, there was no respite for two-wheeler dealers.

PUNE: Automobile sales in the country fell 7.5 per cent to 17,71,920 units and cars and SUVs dropped 1 per cent to 2,51,049 units in May due to slowing economy and deepening liquidity crisis in non-financial banking companies (NBFCs), the Federation of Automobile Dealers Associations or FADA, the automobile dealers' body said on Friday.

Two-wheeler sales took the biggest hit, followed by commercial vehicles, cars and SUVs and the three-wheelers.

Dealers said de-growth continued in the second month of this fiscal as all automobiles categories saw lower year-on-year sales as overall consumer sentiment continued to be in the neutral to bad category.

According to FADA, while inventory came down in the cars and SUVs segment, there was no respite for two-wheeler dealers.

"Even though there was an uptick in vehicle registrations in month-on-month basis, all categories of vehicles de-grew when compared to a year on year basis," Ashish Harsharaj Kale, President at FADA said.

May last year had a very high base and had witnessed the second highest registrations on a monthly basis in the last fiscal, he pointed out.

"With the current liquidity, both for consumer and dealer still in a tight situation, the near-term outlook of 4-6 weeks continues to remain negative," Kale said.