The sizzling fives of Skoda

2020 is going to be a big year for the Czech carmaker as this year it launches new cars. 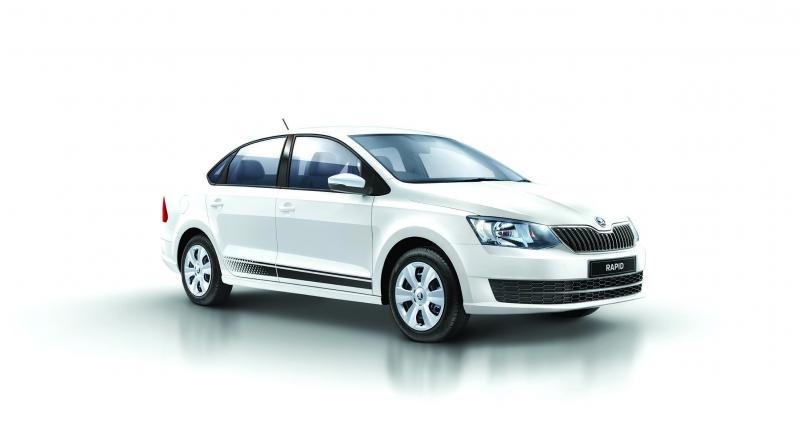 Here is some good news for those who love the Skoda brand from the German Volkswagen group and mulling to buy a new model from their stable.

The Czech carmaker, known for great engineering and quality, is showcasing five new and updated models next month before launching them in the Indian market this year.

In fact, Skoda India will first showcase them at the Auto Expo 2020 in New Delhi which is scheduled to be held from February 7 to 12 and make them available for sales subsequently.

After a forgettable year 2019, which saw the worst-ever decline in two decades, with an unprecedented slowdown hampering vehicle offtake across segments, many car makers have lined up new models to bring potential buyers to the showrooms.

For the record, passenger vehicle sales during 2019 declined by 12.75 per cent to 29.62 lakh units as compared with 33.94 lakh units a year ago. This is the worst performance in the segment since 2013 when sales witnessed a dip of 7.49 per cent, the latest data from Society of Indian Automobile Manufacturers, the top trade lobby showed.

Now the automakers are looking forward to a fillip in demand in 2020. Zac Hollis, Director, Sales, Service and Marketing at Skoda Auto India has tweeted that the company is all set to launch 5 new or updated models in 2020 in the fiercely competitive Indian car market led by Maruti Suzuki and Hyundai, which together hold nearly 70 per cent market share.

The Skoda cars are the Karoq, Octavia RS 245, Superb facelift, Rapid 1.0-litre petrol, and the Kodiaq petrol. The brand new midsize SUV at present called Skoda Vision IN concept car is also lined up to stir up the sluggish market.

Skoda Karoq SUV
According to industry sources the Skoda Karoq, a midsize SUV, is expected to be introduced in India in April 2020. The model is expected to hit the Indian market through the CBU (completely built unit) route that will enable Skoda to bring the model sooner.

The Skoda Karoq in India is expected to come powered with a BS6-compliant 150hp, 1.5-litre TSI turbo-petrol engine coupled with either a 6-speed manual or a 7-speed DCT automatic gearbox.

The Octavia RS 245 will also be brought into India through CBU route and carry a price tag in the region of Rs 40 lakh. However, the pricing has not kept buyers at bay, with just 200-units allocated for India at present creating huge interest in the market even before bookings open.

Skoda Superb facelift
The company has also confirmed that the Superb sedan facelift with the 2.0-litre TSI turbo-petrol engine will be launched in India in May 2020.

The upcoming model is expected to sport refreshed interior and exterior to make it more attractive and appealing.

The car will replace the current 1.6-litre MPI petrol unit. This updated car will arrive in the Indian market by April 2020. The new model is expected to have some styling changes. Skoda will also launch an all-new version of the sedan by late-2021.

Skoda Kodiaq SUV petrol
Hollis has also confirmed that the petrol-powered version of the Kodiaq SUV will be launched in India later in 2020. All-wheel drive will be standard and you can expect Skoda to maintain the same high levels of equipment as the current version.

Apart from the new engine option, no other changes in terms of features are expected on the Kodiaq, according to auto experts tracking the Skoda brand in India.

New Mid-size SUV
Along with the above 5 new models, Skoda is also expected to launch the Vision IN midsize SUV in concept in February.

There will be no diesel engine option on offer with Skoda’s midsize SUV, but a CNG variant could be on the cards.

Hollis has confirmed that the production-specific Skoda Vision IN SUV’s India launch will take place sometime between April-June 2021.