Ailing auto cos show signs of recovery after festive sales

Sales of commercial vehicles, the barometer of economic activity, were down 23.31 per cent at 66,773 units in October, Siam said. 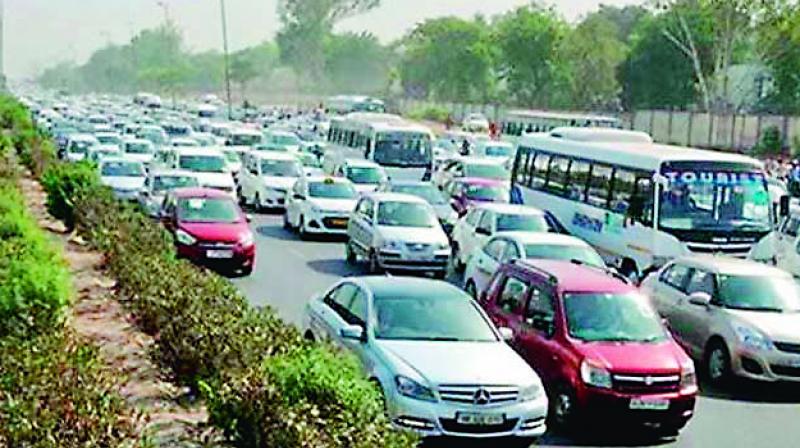 Indian auto sector's total sales also declined by 12.76 per cent to 21,76,136 units in October from 24,94,345 units solder during the corresponding month of the previous year.

Pune: The auto industry, the third-largest employer in the country, showed slight signs of improvement during festive sales in October just about managing to snap 11 months of prolonged decline in sales, but not enough to pull the sector out of a demand crisis.

Indian auto sector's total sales also declined by 12.76 per cent to 21,76,136 units in October from 24,94,345 units solder during the corresponding month of the previous year.

The only sector which saw growth was the utility vehicle sales. It rose 22.22 per cent last month at 1,00,725 units as against 82,413 units in year-ago period. “Vehicles sales in the festive season were better than last year which is a good sign. We wish it continues in November and December as well and help us slowly come out of this slowdown,” Rajan Wadhera, president at Siam said.

He said finance availability is becoming better and lending rates are also improving, besides new model launches in the utility vehicle segment has also helped in creating positive customer sentiment. “We are hopeful that November-December months would be better than last year. We also expect pre-buying to take off during the January-March period next year,” Wadhera pointed out. From April 1, which kicks in sales of only the stringent BS-VI compliant vehicles, no BS-IV vehicles would be permitted sale registration across the country in a bid to reduce air pollution.

Wadhera also said the inventory levels in the segment have come down to less than one month level.

Sales of commercial vehicles, the barometer of economic activity, were down 23.31 per cent at 66,773 units in October, Siam said.

“This commercial segment is an indicator of the state of economy in the country and we hope that recent government measures, like the package announced for the real estate industry, will help in the revival of the vertical,” Wadhera, also the president, automotive division at Mahindra and Mahindra, said.

“Two-wheelers largely cater to mobility requirements in the rural area. In the past few months, there have been various disruptions like floods and excessive rainfall in several regions. However, we expect things to change for better starting this month,” Wadhera said.