Green cars were the dominant theme at the India’s biggest motor show 2020. 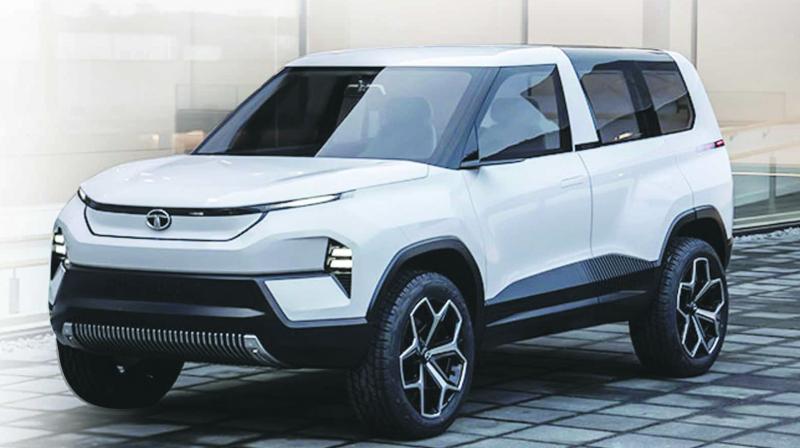 The dominant theme of the 15th edition of the biennial India Auto Expo 2020, India's biggest motor show, at the sprawling India Expo Mart in Greater Noida, near Delhi, was clearly electric vehicles.

At present, there are about 4,000 electric cars on Indian roads, which is just about 0.1 per cent of the close to 3.5 million cars sold last fiscal. Auto honchos said the opportunity is big if only the charging stations come up throughout the country.

However, undeterred the Chinese automakers queued up to take over the Indian mart, which is the world's fourth largest automobile market despite temporary slowing economy and slumping sales for a year and half.

Sale of automobiles declined almost 15 per cent in 2019, the worst in over a decade. The impact of the downturn was felt at the motor show with a host of regular participants like Toyota, Honda, Nissan, Audi, Jaguar Land Rover, BMW & Mini and almost all of the two wheeler industry giving it a miss this time.

Yet, there were many new entrants as well from across the border in China. Auto honchos hope, the lure of the new models will create excitement that will help revive consumer sentiment.

“The concept Futuro-e will introduce a fresh global design perspective to the Indian automobile landscape. The car is an electric SUV-coupe defined by its bold and sporty characteristics,” Kenichi Ayukawa, managing director at Maruti Suzuki, said.

He said concept Futuro-e has been conceptualized and designed in India by its young and bright team.

It's rival Mahindra and Mahindra, the third largest car maker and the first Indian car maker that launched electric cars in the country, launched eKUV100, an electric compact SUV priced at ` 8.25 lakh. The car gets the all-new power train called mStallion that produces peak power output of 40kW and maximum torque of 120Nm. Mahindra claims that the car can go up to 147KM in single charge. The homegrown company has also promised two more EVs - XUV300 at an estimated price tag of ` 10 -13 lakh and Atom, the compact electric car for last mile connectivity. We don't know when it would be launched.

Tata Motors, India's biggest automaker by revenues, which displayed Nexon EV, at a starting price of ` 13.99 lakh, the most affordable electric car in the country and it claims to offer upto 312 kms of battery range on a single charge. Another electric car called Altroz EV based on the recently launched combustion engine Altroz, was also on display as it announced its plan to launch four electric cars over the next two years. Tata Motors is also planning to roll out an electric low-floor bus and an ultra electric truck.

Mercedes-Benz, India's biggest luxury car maker, showcased its first electric SUV. The German car maker said its luxury EQC, to be launched by April 2020 will be powered by a 408PS motor that generates 760Nm torque. The claimed range is 470 km.

MG Motor, the British brand owned by SAIC Motor, the Chinese biggest automaker, showcased the production ready version of the Vision E Concept in the form of Marvel X that was earlier showcased in the Shanghai Auto Show 2017.

This car, based on the Marvel X electric SUV, is powered by two electric motors, one with 114 bhp and one with 70 bhp.

Auto makers such as German Volkswagen, MG Motor India, subsidiary of SAIC Motor and Skoda Auto India showcased their array of EVs at their pavilions to entice potential buyers.

French car maker showcased Renault K-ZE, but there is no word on the launch date.

Chinese Great Wall Motor, Chinese largest SUV maker, which has earmarked ` 7,000 crore for Indian operation, showcased its Ora R1 hatchback electric vehicle at Auto Expo 2020. This according to the company will be the ‘most-affordable’ electric car in India. Its rival Haima Automobile in China also showcased a

5-seater electric hatchback called Bird Electric EVI which would be launched in India at the end of this year and priced around ` 10 lakh.

The Kia Soul EV is the first electric car from the company that we can expect to launch in India. The car was earlier showcased at the 2019 Los Angeles Motor Show and the company is not planning to launch the car soon.