Land Rover has confirmed the Defender will go on sale in India by late 2020 when the price would also be announced. 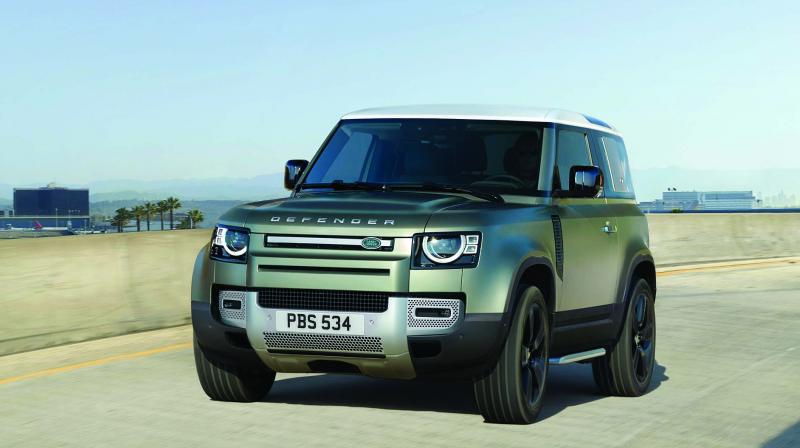 The new Defender has been reborn as a mainstream model for the global market, taking heavy design and capability cues from the iconic original model, which was withdrawn from sale in 2016, after 68 years since it was first introduced.

Land Rover has confirmed the Defender will go on sale in India by late 2020 when the price would also be announced. According to experts it would carry a price tag of Rs 80 - 85 lakh pan India showroom.

Retaining its brawny and rugged appearance in a new stiffer monocoque chassis, the 2020 Land Rover Defender will be sold in three variants, with multiple engine options including an electric version.

The company said the iconic SUV has been reimagined for the 21st century and is clever, capable and safe for all the family, making it a lot more versatile than its predecessor, and aims to widen the Defender's appeal across segments.

By far, the potentially most divisive aspect of the new Defender is its styling; most notably the exterior, which has evolved from its utilitarian roots with the goal of delivering more sophisticated albeit rugged appeal.

The new-generation Land Rover will be initially offered in the long-wheelbase 110 version with five doors, and can be had in five, six or seven-seater options. There's also the short-wheelbase three-door 90 variant that will be available by the end of this year, while there is also a larger 130 variant scheduled for a debut sometime next year with an even larger eight-seater option.

The Defender sits on Land Rover's D7x platform, with 'x' standing for 'extreme'. The company says it is the stiffest body structure it has produced. The aluminium structure has been designed to accept electrified - but not fully electric - powertrains.

"The new Defender is respectful of its past but is not harnessed by it. This is a new Defender for a New Age," Gerry McGovern, Chief Design Officer at Land Rover, said.

Its unique personality is accentuated by its distinctive silhouette and optimum proportions, which make it  highly desirable and visually compelling, he boasted.