Undoubtedly, this is the worst fall in sales since the industry body started recording monthly and yearly sales data in 1997. 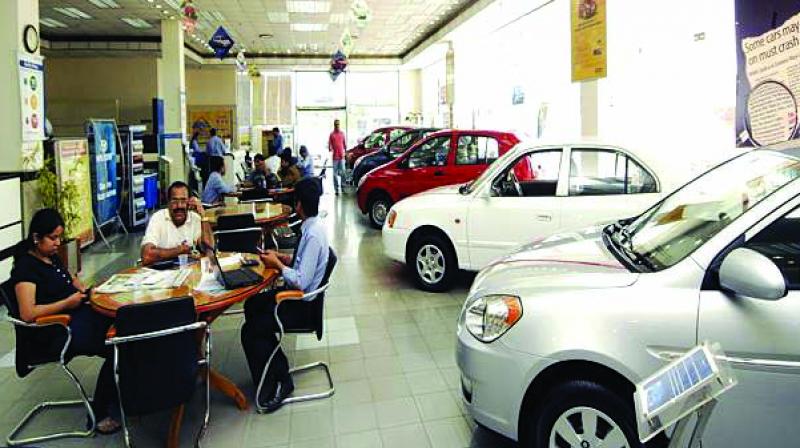 PUNE: Automobile sales hit the worst-ever decline in two decades in 2019, with an unprecedented slowdown hampering vehicle offtake across segments.

The Society of Indian Automobile Manufacturers, or Siam, on Friday said overall wholesale of vehicles during the year across categories, including passenger vehicles, two-wheelers and commercial vehicles, saw a decline of 13.77 per cent in 2019 at 2,30,73,438 units against 2,67,58,787 units in 2018.

Undoubtedly, this is the worst fall in sales since the industry body started recording monthly and yearly sales data in 1997.

The previous lowest was recorded in 2007 when overall sales had declined by 1.44 per cent, Siam said.

“Challenges remain for the auto industry despite the government bringing in several growth enablers. GDP growth rate remains an area of worry as the commercial vehicle segment is clearly linked to it,” Rajan Wadhera, president at Siam, said.

Besides, low demand from rural areas remained a matter of concern, he pointed out.

“In passenger vehicles, utility vehicles are driving sales as other segments are not performing that well,” Wadhera said.

On the 2020 outlook for the auto industry, which is India’s third largest employer, he said it is going to remain tough due to the impending changeover to the BS-VI emission regime.

“We expect prices of commercial vehicles to go up by 8-10 per cent due to BS-VI norms and it is going to impact demand,” Wadhera said.

Similarly, passenger vehicles would see cost increase in range of 3-7 per cent, he said.

He said if the economy grows at 6-7 per cent, the auto sector could see a return to high growth.

The auto industry body also said the positive sentiment that was witnessed during the festive season has not sustained with retail sales in December coming back to negative.