Tata Motors and Mahindra & Mahindra have also said they are suspending automobile manufacturing in order to adjust production with market demand. 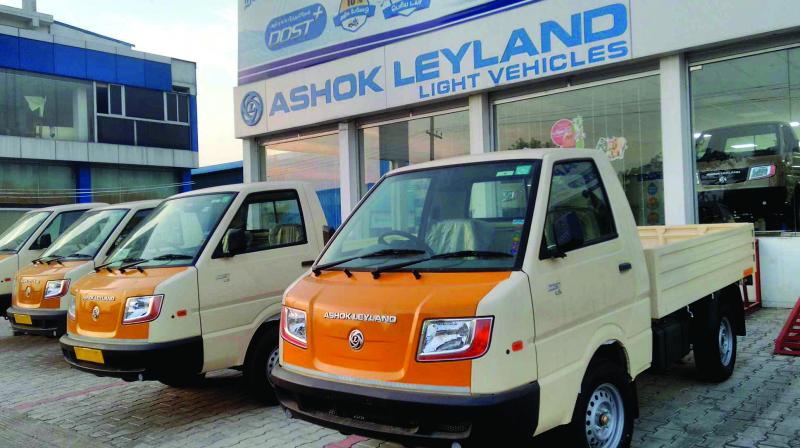 PUNE: With more automobile firms resorting to shut down their factories and sacking temporary workers with the continuing bloodbath in the beleaguered sector, Biocon Chairperson and MD Kiran Mazumdar Shaw called for urgent  measures to save jobs in the automotive sector, which represents 50 per cent of the manufacturing sector jobs in the country.

This comes at a time when the auto industry saw a 12.25 per cent decline in production in April-August 2019 compared to last year.

“We write to inform you that the following are the non-working days at our various plant locations during September 2019, due to continued weak demand for our products.” Ashok Leyland said in a regulatory filing.

Accordingly, the Chennai-based heavy commercial vehicle major  said its Ennore plant, near Chennai, will have 16 non-working days, five days at Hosur, Tamil Nadu, units, Alwar in Rajasthan and Bhandara in Maharashtra 10 days and Pantnagar in Uttarakhand will have 18 non-working days.

The company’s move follows slowdown in the automobile sector that has forced many manufacturers and component suppliers to cut production and plan temporary plant closures.

Tata Motors and Mahindra & Mahindra have also said they are suspending automobile manufacturing in order to adjust production with market demand.

Shaw was reacting on twitter after automobile sale in the country saw its worst-ever drop in auto sales in August.

“Passenger vehicle sales see worst ever monthly drop since 1997-98, we need measures that r not abt saving auto sector but abt saving 50% of manufacturing jobs in the country which is what auto sector represents,” Shaw said in a tweet, tagging Finance Minister Nirmala Sitharaman and Transport Minister Nitin Gadkari.

In another tweet, she said: “Passenger Vehicle Sales See Worst Ever Monthly Drop Since 1997-98 - it wd be good to see GST collections in each slab to evaluate impact of tinkering with 28 per cent rate. Consumer sentiments need to be boosted by changing perception.”