Around 10,000 units of motorcycles and scooters have already been sold since the reopening of these customer touch-point 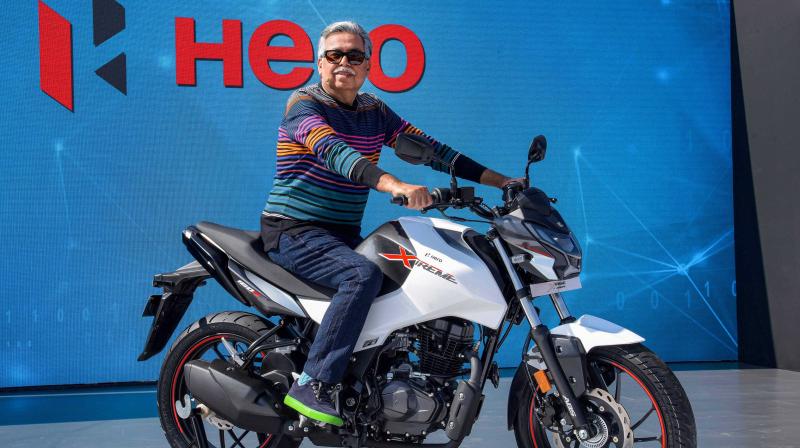 New Delhi: The country's largest two-wheeler maker Hero MotoCorp on Sunday said it has resumed operations across 1,500 touch-points, including authorised dealerships, across the country.

Around 10,000 units of motorcycles and scooters have already been sold since the reopening of these customer touch-points, Hero MotoCorp said in a statement.

"The company has commenced its retail operations with the re-opening of more than 1,500 customer touch-points including authorised dealerships and service centers," it said.

These outlets contribute to around 30 per cent of the company's total domestic retail sales, it added.

Hero MotoCorp' sales network includes over 6,000 touch-points, comprising around 1,000 dealers, service centres, among others, across the country.

The two-wheeler major said it has also commenced vehicle dispatches from its manufacturing facilities from May 7.

The company had reopened three of its manufacturing plants at Dharuhera and Gurgaon in Haryana and Haridwar in Uttarakhand on May 4.

All of Hero MotoCorp's manufacturing facilities across the globe had halted operations on March 22 as a precautionary preventive measure against COVID-19.

"Keeping the safety and wellbeing of everyone as top-most priority, the company has issued a re-start manual to all its dealerships, service centers and parts distributors," the company said.

In addition to sharing the restart manuals, the company has also conducted training programs though webinars, reaching to 700 internal sales, after-sales employees already, it added.