Auto sales at 16-year low in Dec on note ban

Automobile sector continued to bear the brunt in the wake of note ban announced in November. 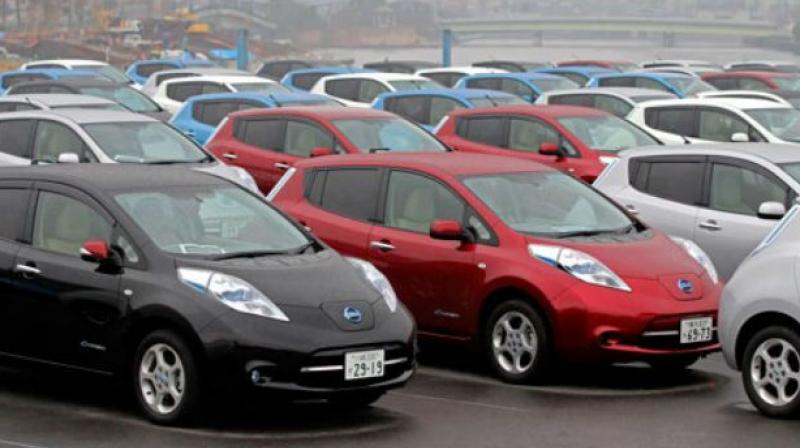 New Delhi: Monthly automobile sales growth rate in India slipped to a 16-year-low in December with total vehicle sales declining by 18.66 per cent as demonetization hits the industry hard.

According to latest SIAM data, most of the major segments, including scooters, motorcycles and cars, witnessed record decline December sales as the automobile sector continued to bear the brunt of negative consumer sentiments in the wake of the ban of Rs 500 and Rs 1,000 banknotes announced in November.

"This is the highest decline across all categories since December 2000, when there was a drop of 21.81 per cent in sales. The reason is largely due to the negative consumer sentiment in the market due to demonetisation," SIAM Director General Vishnu Mathur told reporters here.

Except for the light commercial vehicles segment, which saw a growth of 1.15 per cent at 31,178 units, all the other categories of the industry saw decline in sales in December, he added.

Mathur, however, said the drop in sales is temporary but how sales pick up would depend a lot on "how the Bugdet comes up with steps that will boost consumer sentiments and increase disposable income besides improving the overall economy."

Similarly, total two-wheeler sales in December also witnessed the steepest decline since SIAM started recording data in 1997. It tanked 22.04 per cent to 9,10,235 units compared with 11,67,621 units in the year-ago month.

The segment witnessed biggest drop of 23.07 per cent in December 2008. "Almost half of two-wheelers sales comes from rural markets, which have been hit hard by demonetisation," Mathur said while explaining why the segment has suffered a big blow in December.