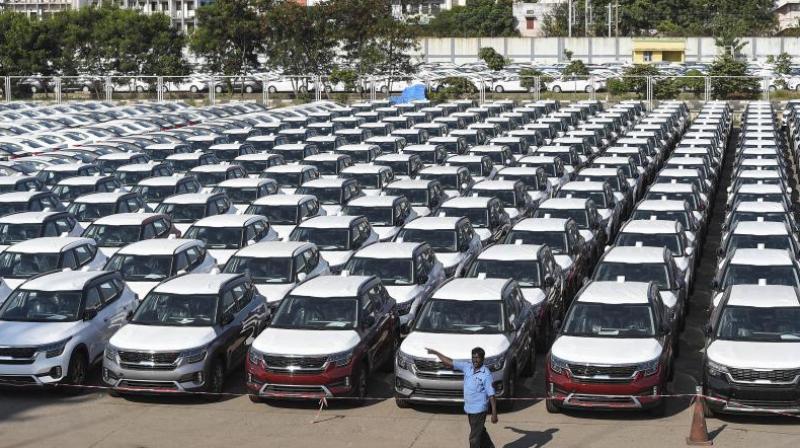 According to Federation of Automobile Dealers Associations (FADA), which collected vehicle registration data from 1,242 out of the 1,450 regional transport offices (RTOs), PV sales stood at 1,92,189 units in August 2019.

"With the start of festival season and the government's continued effort to open up the country, August saw good numbers when compared to immediate previous months," FADA President Vinkesh Gulati said.

Last month witnessed some recovery in sales sequentially although on year-on-year basis all categories, except tractors, reported de-growth, he added.

Customers who were sitting on the fence, finally concluded their purchase during ongoing festivals of Janmashtami and Ganesh Chaturthi, Gulati said.

Entry level passenger vehicles were in high demand as personal mobility is being preferred with current pandemic showing no signs of slowing down, he added.

Gulati noted that urban centres were also now showing signs of recovery.However, the overall demand is still not back to pre-COVID-19 levels as banks and non-banking finance companies (NBFCs) continue to have a cautious approach towards funding, especially commercial vehicles, he added.

"FADA once again requests the government to announce demand boosting stimulus and awaits the announcement of reduction in goods and services tax (GST) for two-wheelers. We also await the much required incentive based scrappage policy," Gulati said.

Both these measures will act as demand drivers for two-wheelers and medium and heavy commercial vehicle sales, he added.

"While original equipment manufacturers (OEMs) are dispatching vehicles to dealers with a purpose of stocking-up inventory for the upcoming festival season, retail sales are still at 70-75 per cent levels despite the low base of last year," Gulati noted.

FADA advises extreme caution to all OEMs and the dealer fraternity to avoid excessive Inventory build-up thus leading to unmanageable interest cost which could further result in dealership closures, he added.