The second-generation Jaguar XF is an absolute driver’s delight, and for good reason. 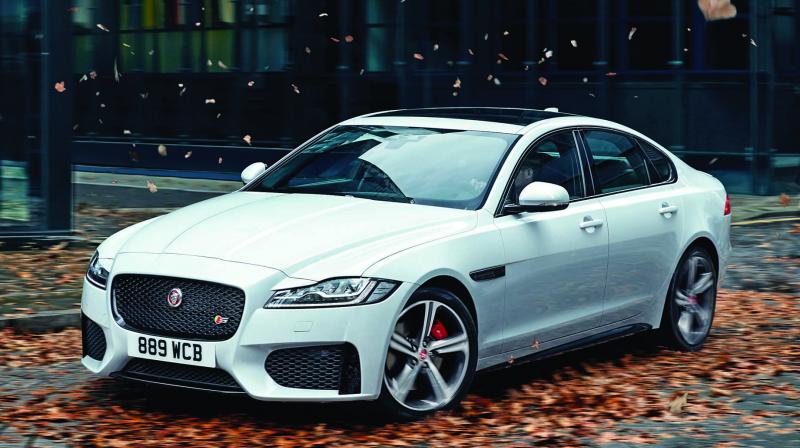 The Tata Motors-owned British marquee, Jaguar Land Rover, has brought in the updated Jaguar XF sedan to take on the established German trio of BMW 5-Series, Mercedes-Benz E-Class, and Audi A6.

The Tata Motors-owned British marquee, Jaguar Land Rover, has brought in the updated Jaguar XF sedan to take on the established German trio of BMW 5-Series, Mercedes-Benz E-Class, and Audi A6.

In its second generation now, the XF is undoubtedly bigger, lighter, more dynamic, and more comfortable than the previous model. XF sits in the Jaguar range between XE’s  athleticism and the supreme luxury of XJ. The fusion of these outstanding Jaguar attributes is what creates XF — the dynamic, premium business car. It has six airbags, ABS, ESP, traction control and other electronic aids making it very safe.

I took the 200HP petrol version of the updated Prestige trim of the Jaguar XF for a long spin to find out if it lived to its promises on the Indian roads.

The Jaguar XF has a classy and attractive look. You cannot miss its larger grille, intricate design of headlights and splashes and dashes of chrome.

It is quite handsome too with the side of the car looking stately. But look closer and wheels of the Prestige trim appear a bit small, making the car feel under-tyred. However, the design of the alloy wheels looks nice. The rear of the XF is beauty with large, F-Type-like tail lights and a nice strip of chrome above it, making the XF sporty. The twin exhausts are the icing on the cake.

The XF has a familiar Jaguar cabin that looks very premium and well built. The cabin is airier and feels more luxurious. The dashboard is flat and at a lesser height, and it has that nice XJ-like wrap-around effect, making you feel snug. The steering feels great to hold and the instrument cluster is crisp and detailed. The infotainment screen adorns the centre console. The car is equipped with perforated grain leather, dual zone climate control, mood lighting and a Meridian Sound System. When you start the car, the AC vents on either side of the dashboard open up and the gear-knob rises above and, no doubt, it makes you feel special. The overall fit and finish is quite good. The rear seats are a huge improvement over the previous XF, offering ample legroom and headroom. But it is strictly for two.

The Jaguar XF Prestige is powered by the 2.0-litre 4 cylinder turbocharged petrol engine and produces 200HP and 320Nm of torque that has a wide peak band between 1,500 to 4,000rpm.

The engine revs readily and the racy buzz in the last 2,000rpm of the rev range makes for a nice soundtrack. With the engine and gearbox set to their sportiest, you can hold gear at 6,500rpm too. The 8-speed gearbox also responds well to inputs at the paddles. The engine gives a rather good performance and there is good punch throughout and the motor absolutely screams to the redline.

The gearbox is smooth to shift but it is not the fastest. The car has four driving modes which alter the engine and steering wheel — Dynamic, Normal, Eco and Rain/Winter —  while the gear selector has a Sport mode for the transmission.

While Jaguar has done a great job with the suspension set-up of the XF, making the drive comfortable on most roads, but, due to the stiffness, the car does thud over bad roads. Overall, it hold its line through the corners and turns in sharply, and the steering is smooth at both low and high speeds and an absolute joy at manoeuvrability around tight corners as well as parking.

The Jaguar XF remains glued to the road at high speeds but there is a bit more road noise creeping inside the cabin than you would expect from a car of this segment. In spite of the long wheelbase, ground clearance is not an issue in the XF and the car manages to clear speed breakers without any hitch. The brakes offer strong stopping power and the pedal bite is positive too.

Should I buy it?

The Jaguar XF is great to drive, scores high on ride comfort and looks sophisticated too. The Jaguar XF is a choice for buyers who value a good driving experience as much as they do rear-seat comfort. At `53.56 lakh, it is value for money.