H2X concept showcased at the 2019 Geneva Motor Show is not too different from the final production version. 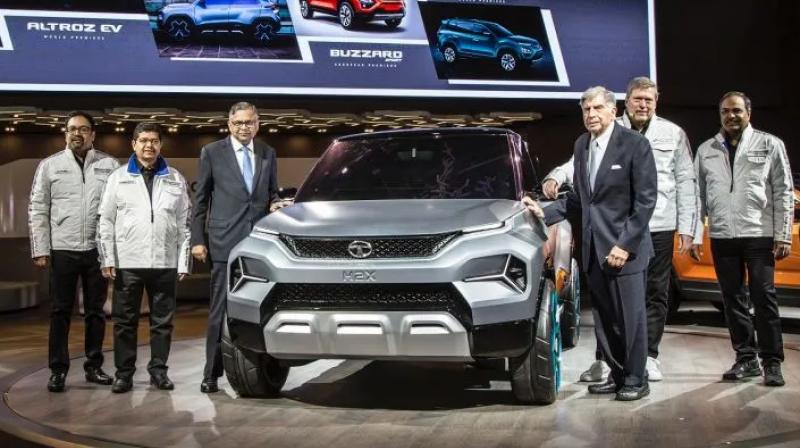 The interior and exterior dimensions are as per the production version.

The world got the first glimpse of Tata’s micro SUV concept, the H2X at the 2019 Geneva International Motor Show and it did turn a lot of heads. Slated to spawn the second car after the Altroz hatchback to be based on the AlfaARC scalable platform, it will make its debut in the production-spec avatar at the 2020 Auto Expo.

The H2X will likely rival the Swift.

It will debut in its production guise at the 2020 Auto Expo.

The interior and exterior dimensions are as per the production version.

Will be spacious with an airy cabin and ample headroom in the second row.

The H2X stands 3840mm long, 1822mm wide and 1635mm tall with a wheelbase of 2450mm, which makes it exactly as long and with an identical wheelbase to the Maruti Suzuki Swift. And as strange as it might sound, judging by the dimensions of the H2X, it is likely that the micro SUV will take on the Maruti Swift. Lastly, it will be more of a city car and less of an SUV.

Tata has also confirmed that the concept’s interior and exterior dimensions are identical to the production spec of the H2X and are not exaggerated in any way. The styling will be toned down but the production version will carry forward the design ethos of the Impact 2.0 design language.  In addition, it will have a rather roomy cabin with ample space in the second row as well.

Tata has also confirmed, more or less, that it will be showcasing the production version of the H2X concept at the 2020 Auto Expo. Although the date hasn’t been confirmed yet, what has been confirmed is that the H2X will be launched in the Indian market by the 4th quarter of 2020, which makes the launch likely around the festive season.

What do you think of the H2X? Would you consider the micro-SUV over the Swift? Let us know in the comments section below.