Abhay Firodia regretted the government's decision to stay away from framing an electric vehicle policy. 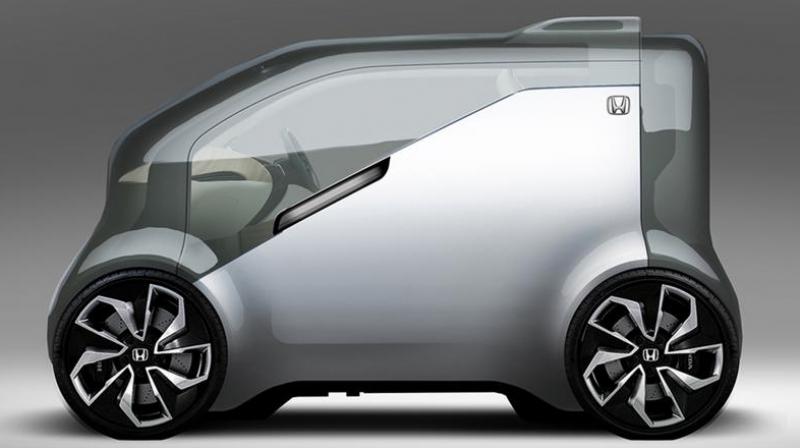 Auto industry body SIAM on Thursday asked the government for long-term policy for promoting electric mobility in the country, saying absence of such guidelines is not helpful to the industry to plan future investments.

New Delhi: Auto industry body SIAM on Thursday asked the government for long-term policy for promoting electric mobility in the country, saying absence of such guidelines is not helpful to the industry to plan future investments.

The auto industry body also sought lower taxation for the vertical in order to help it realise its true potential.

Speaking at the annual convention of Society of Indian Automobile Manufacturers (SIAM), outgoing president of the body Abhay Firodia regretted the government's decision to stay away from framing an electric vehicle (EV) policy.

"After the earlier significant announcement favouring large-scale electrification of vehicles in the country, in an unexpected way, the government came out and stated that it will not be issuing a formal policy promoting EVs, but rather rake specific actions to enable proliferation if EVs in the country," Firodia said.

At the request of the government, SIAM had proposed policy measures for 40 per cent electrification by 2030 and 100 per cent by 2047, he added.

"However, the government stepped away from laying down a long-term approach, and... this is not very helpful for the industry. Laying down clear objectives will help the industry prepare for future investments," Firodia said.

EVs cannot be just out in the market, they require infrastructure and a complete ecosystem, he added.

"I therefore see it more as a challenge for transformation, which needs to be gradual." Sudden moves could disrupt (the industry) and such disruption can seriously hamper Make in India aspirations, Firodia said.

He added that in 2011 too, the industry had submitted a proposal to bring policy for electric mobility.

"I just want to emphasise that the industry does not oppose EVs... I can assure you that the industry will not be found wanting in delivering competitive and technically viable EVs if there is a clear policy that addresses consumers... and also the manufacturers," Firodia noted.

He added that implementation of goods and services tax (GST) was a watershed moment which the auto industry was looking forward to for a long time.

"The GST rate of 28 per cent along with cess of 15 per cent was in line with expectations of the industry and was widely welcomed by the auto industry. However, soon after, the GST on passenger vehicles (PVs) was increased upwards in September last year to around the same level which was there in the pre-GST regime," Firodia said.

This dented the confidence of the auto industry, he added.

"The industry seeks stable policy environment and change in the mindset (of consumers) where vehicles are not to be considered as luxury goods akin to sin goods and they don't need to be shunned," Firodia said.

"Vehicles are important for the progress a country and growth of the economy. Therefore, due recognition needs to be there by moderating taxes on vehicles," he added.

Firodia said that average earnings before interest, taxes, depreciation, and amortisation (EBITDA) of the industry is about 10 per cent, but the overall GST on PVs ranges from 28 to 50 per cent.

"If we include state taxes, the overall taxation in some states goes up to 70 per cent," he added.

"This... is not a rational level of tax at about five times the EBITDA of the industry and is in contrast to some developed nations. It should be like Europe and Japan where taxation is in the range of 17-20 per cent," Firodia said.

The very high proportion of tax does not allow the industry to grow to its full potential, he added.

"The industry had the potential to do much more if our policies had allowed it to grow in a more favourable regime," Firodia said.

He said India had poor penetration of vehicles as compared to other countries.

Stating the auto industry as the leading contributor of taxes to the government, Firodia also sought a single ministry to take care of auto industry issues.

He also sought a long-term policy roadmap so that the industry could plan accordingly.

Firodia said that the industry is the process of investing around Rs 1 lakh crore for upgradation to BSVI emission norms.

Once the country moves to BSVI norms, there should not be "fuel-based discrimination".

Responding to the demand from the auto industry, Niti Aayog Vice Chairman Rajiv Kumar said there was a need to plan for transition with least disruption to the industry.

"We can't go about it by putting together an assortment of policies across different departments.. It has got to be a unified and convergent view, not just within the government but within the society, which includes all the stakeholders like state governments, " he said.

For example Karnataka has announced its own electric vehicle policy, Kumar said adding that it is for the centre and Niti Aayog to make sure that these policies are in convergence and not inconsistent.