Deliveries of the electric scooter commenced on July 1. 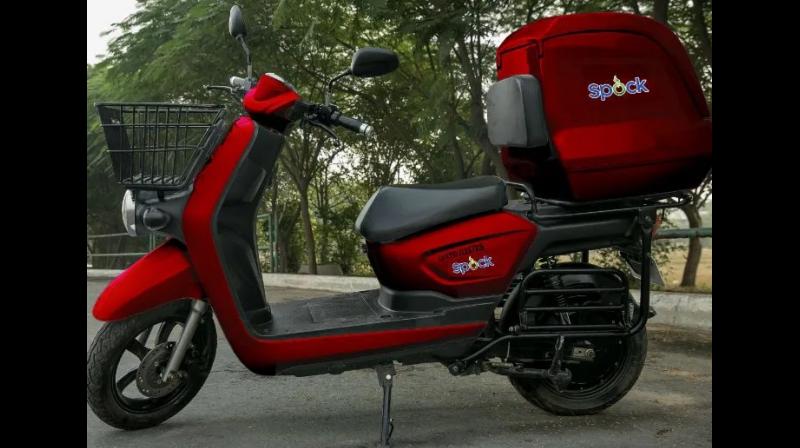 Li-Ions Spock e-scooter is powered by a 2.9kWh swappable battery which offers a claimed range of 130km in eco mode.

Li-Ions Elektrik Solution, a Gurugam-based company, has launched the Spock electric scooter in India. Price for the Spock start from Rs 65,000 and go up to Rs 1 lakh. It takes on the likes of the Ather 340 and the recently launched 22Kymco iFlow.

In terms of features, Li-Ions has equipped the Spock with almost all the features generally found on electric scooters in this price segment. So you get a digital instrument cluster, GPS navigation, two ride modes (Economy and Power), an anti-theft alarm (optional) and a USB charger. It also features a reverse mode similar to Ather’s offerings. However, it misses out on LED headlamps. The company is also offering accessories such as a front basket, a top box and a rear seat, which makes it look more like a delivery vehicle than a conventional scooter.

Powering the Spock is a 2.9kWh swappable battery and a BLDC motor. The company claims that it has a top speed of 45kmph and will cover 130km on Economy mode and 100km in Power mode. Electrik Solutions also say that the battery can be fully charged in just 4 hours. However, it hasn’t revealed whether this will be done by a fast charger or a normal charger.

While most electric scooters are available in a limited number of colour options, the Spock e-scooter gets six paint options: white, red, black, blue, yellow and green. Deliveries of the electric scooter have officially commenced from July 1.