Sassy Swap must be read at one go, cover to cover

Swapping in marriage would generally imply a trading off of partners with each other’s consent. 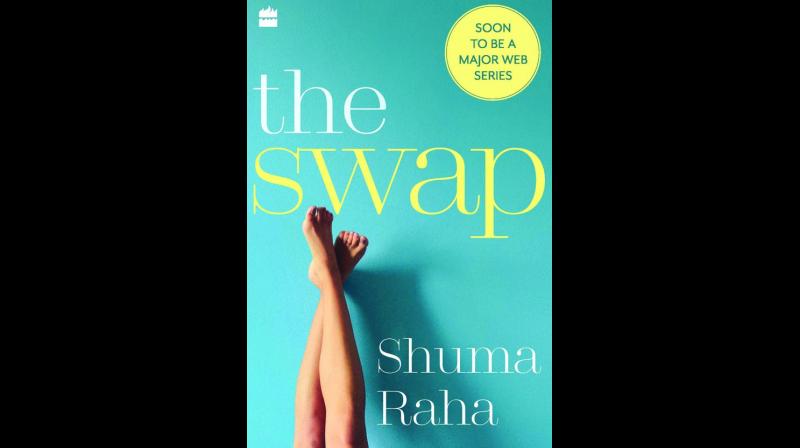 When a book is ostensibly about the most unfathomable institution of our society — marriage — one would tend to reach out for it with mixed emotions, more so, because each is opinionated, one way or the other. But when that very relationship is given a twist we can rarely imagine – leave alone indulge in – we sit up and start reading with curiosity tinged with anticipation. Partner swapping is a knowledge which has been fluttering on the firmament of our consciousness – we know it happens, perhaps even amidst people we have known. But we prefer not to discuss it. Shuma Raha with her debut novel The Swap, essentially dealing with an exchange of partners in marriage, has been courageous in touching upon a taboo topic and seeing it through with a proper plot and delineation.

Swapping in marriage would generally imply a trading off of partners with each other’s consent.  In that context, it would then also follow that the couples are otherwise in harmony with each other, and is stepping outside this commitment for excitement, experimentation, innovation and to perhaps up their own marriage quotient. The book, set against the uppity South Delhi society — replete with toosh, flaming rubies (not always real), art curators, resplendent farmhouses, open marriages and the ubiquitous NGO workers — gingerly tiptoes around all the issues in question. Raha walks the razor’s edge because a book on swapping couples runs the risk of bordering on the risqué!  Not to cross the line is almost the litmus test here, and the author succeeds, despite several temptations. Even when morality is blown to smithereens at the altar of flaming passions, we are gently reminded that these are, after all, our everyday characters.

Priya Bakshi and her husband Akash get into a partner swapping situation. There are no real issues in their marriage to veer them towards it, except to look for a new experience in a relationship which is worse for the wear in a matter of six years. There are others in it for other reasons. But there is a story here — of human relationships, their frailties and how they succumb to their own shortcomings. And a sub-plot which is grim and real and exposes the underbelly of our larger social fabric. It is also about tenuous alliances and how finer strands can be more overpowering than stolid emotions. Priya may be an enigma of sorts — for her choices in life — but that does not make her less real.

Raha does not play priggish. She does not shy of depicting passion and indulging in the ardour of the moment. But she never teeters, and is firmly back on her course to steer the plot ahead. She is a wizard with words and imagery, and together with her unfaltering mastery over the craft of writing, she provides an assurance to the reader of being in safe hands. A major takeaway of the book is how she converges the sub-plot with the main story at the end to make it a seamless closure, as it were.

Raha’s storytelling is easy — almost engulfing you in the glowing warmth of a lucid style coupled with poignant imagery. In fact, where many writers opt for a touch and go style, Raha delves into details of people, dressing up, expressions, hair, party settings — which help bring everything up close. You instantly warm up to the printed word, holding you at once in a delightful sway.

A review would be incomplete without the mention of the book cover — neat, stylish and sassy. The Swap is a book which has to be read cover to cover, at one go, and which whets the appetite for the next one from Shuma Raha.