13th edition of the 5-day Jaipur Literature Festival kicks off. 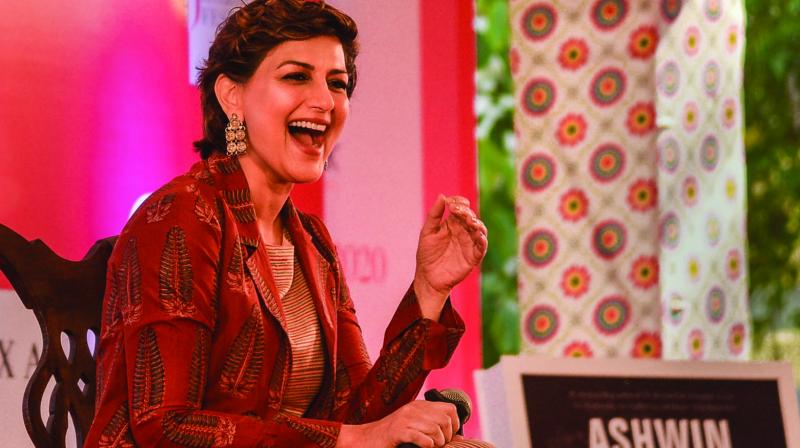 Handsome Langa musicians, colourful puppets on stilts, hot masala chai and — hold your breath — four lakh voices. That was the 13th edition of the Jaipur Literature Festival kicking off – also to the sound of drumbeats and a quick salvo by none other than chief minister Ashok Gehlot who said, “Mann ki baat to zaroori nahin, kaam ki baat bhi zaroori hai. Loktantra mein awaaz ka gunj dabana nahin chahiye, asahmati ko loktantra ka hissa maanna chahiye (Perhaps, Mann Ki Baat, the heart talk, is not all that important, and what is important is business talk. Which is, in democracy, we must not suppress diverse voices; for dissent, too, is a part of democracy.)

Only 16 people attended the first Jaipur litfest way back in 2006, said historian William Dalrymple, festival co-director. Since then there has been a proliferation of literature fests all over South Asia, and as of today, there are 300 of these being hosted, all inspired by JLF. What is the reason behind this phenomenon of the litfest? “I have a pet theory,” said Dalrymple. “It is to do with the performance of literature as the spoken word.”

Predictably, anger against the Citizenship (Amendment) Act was one of the main flavours of the fest. Nandita Das exhorted her audience to resist it, as did the irrepressible Manoranjan Byapari who said the Prime Minister washing the feet of dalits was pure optics — and that he has little sympathy for the marginalised, especially Muslims, who are being made to feel that they are hardly Indian, according to Keki Daruwalla. But when the National Population Register is rolled out, how many will be heroes and refuse to register?

For, with heroism also comes vulnerability. There were times when Nain Singh Rawat was unsure of himself, unsure of how he would go about his quest, said Deepa Agarwal, teller of Kumaoni folktales who has recently documented the adventures of Rawat as the first man to survey Tibet for the British empire. It is a profound observation.

Another, more cheerful, one came in the form of Elizabeth Gilbert’s view on the use of social media. Gilbert said, “At this moment, the writer in me wants to shut the door on everyone and stay inside the room, and if I want to communicate to you, I will communicate through my work. It is how writers are, and I have the soul of a very serious writer. But I also have the personality of an airline hostess. Meeting people and getting to know them is what makes me happy. It is also how I am. And so, when social media came along, I took to it like a duck to water. People warned me about Instagram, but I went ahead with it anyway. What makes me happiest is seeing two people befriend each other on my conversation thread. In this world of increasing loneliness, connection is the opposite of despair, and a sincere conversation on the social media is as real a connection as anything else.”

Rakhshanda Jalil bagged the fifth Vani Foundation Distinguished Translator Award on the first day of the fest. A writer herself, Jalil has nevertheless spent considerable time translating, among others, the works of Munshi Premchand, Saadat Hasan Manto, Intizar Husain and Phanishwarnath Renu, from Hindi and Urdu, respectively. Why translation? “The answer is simple — we cannot read all languages. Then again, every text is received differently with every reading and by every reader. To that extent, every reader is a translator,” Berthold Franke, an admirer of August Wilhelm Schlegel, said.