War of Karmapas has divided the Himalayas

The Dalai Lama and China had recognized Ogyen Trinley Dorje as the true Karmapa and not Trinley Thaye Dorje. 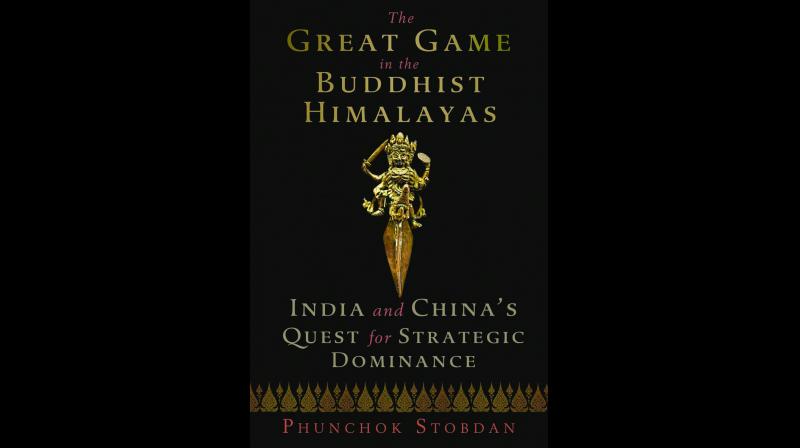 The growing inter-Tibetan sectarian strife has become another instability factor in the Buddhist Himalayas. Of course, there is a strategic calculation involved in this. It is an old Chinese method of playing on various faultlines to keep the Tibetans divided, while at the same time furthering their own key objectives. This author has witnessed in Kazakhstan the Chinese managing to break up over 2,50,000 people of the Uyghur diaspora into at least 18 different factions.

Sectarian suitors of all sorts—most likely armed with foreign funding—seem to have found a way to build their network while skilfully manipulating Indian law and influential individuals, politicians and local institutions. They have built mega-religious infrastructure all along, from Ladakh to Arunachal Pradesh.

To top it all, they have brought in sectarian discord among people hitherto devoid of any such differences. This is a major cause for worry that could push local communities deeper into the throes of anxiety and tear apart Himalayan stability. For example, in the western Himalayas, a small incident took a critical turn in 2015 when the Dalai Lama issued a virtual gag order against facilitating the visit of the rival Karmapa, Trinley Thaye Dorje.

While the majority for a variety of reasons did not ignore the Dalai Lama’s directive, the other sects, barring the Gelug sect — Drukpa Kagyu, Drikung Kagyu, Nyingma and even the Sakya — defied the gag and accorded a reception to Trinley Thaye Dorje. The incident almost risked the society getting divided and led to a split in the All-Ladakh Gompa Association (LGA), which is the equivalent of a local sangha. The LGA office remained locked to avoid any direct conflict for several years.

The main motive for the Dalai Lama’s actions couldn’t be ascertained. It could either be meant to undermine the Kagyu hold in Ladakh or relate to the dual appearance of the Karmapa. The Dalai Lama and China had recognized Ogyen Trinley Dorje as the true Karmapa and not Trinley Thaye Dorje.

Similarly, Sikkim has been on the boil for decades over contesting sectarian parties claiming rights to Rumtek’s ownership. In Nepal, the Chinese have been supporting Buddhist projects through Tibetan monks. In May 2016, Drukhang Thubten Khedrup Rinpoche, vice chairman of the Buddhist Association of China (BAC), supervised the Buddha Jayanti celebration in Lumbini. In Bhutan too, though less successfully, the Chinese have been using the Tibetans to influence the trend of Buddhism.

A rift within the Dalai Lama’s own Gelug ranks has widened after he banned the worship of the sect’s protector deity, Dorje Shugden, in 1996. He has good political reason to do so, but his opponents in this regard, mostly Western converts, have been trumpeting the iniquity of the Dalai Lama, calling him a ‘Muslim’ and ‘the worst dictator’ in modern times.

The Tibetan presence makes the situation in the Indian Buddhist Himalayas rather perilous and one whose end is not in sight. Worse, no finger can be raised in such issues for it would be dubbed as ‘China’s hand’. For example, the unrest in Tawang in May 2016 in which a monk was killed was described as the handiwork of China.

In the coming years, such recurring issues would inevitably spark pent-up sectarian and inter-ethnic strife, and convert the Himalayas into a bigger tinderbox, while India’s own Buddhist institutions are speedily undermined to the detriment of its interests. This is where China would try to win both the Tibetan and the Himalayan Buddhist games.

To be sure, a power struggle among various Tibetan sects will get heightened in the post–Dalai Lama scenario, for the issue is linked to the Gelugpa sect retaining its supremacy over the Tibetan order.

Future of the Dalai Lama
Himalayan stability would also depend on the future of the Dalai Lama. So far, the Dalai Lama’s ambivalent stance on his next birth has confused everyone. It is clear that the Tibetans would certainly need and want a Dalai Lama to lead them, and Beijing too is determined to find a successor of its own choice.
Given the Tibetan track record of ensnaring India in its murky agenda, there would be every attempt to build a case for the rebirth to occur in India. The simple logic for the Americans to play Tibet politics in future would depend on controlling the Tibetan leader’s next reincarnation. Not surprisingly, the Dalai Lama has already hinted that he expects his reincarnation to be born in India. Clearly, this would mean he will be born in the Indian Himalayas, either in Arunachal Pradesh or in Ladakh, and possibly also among the Tibetan refugee population in India. No one knows what it would mean but it will cause the Himalayas to become further prone to conflict. And it would animate the sectarian cause of retaining the Himalayas as a Kagyu bastion, as against the Gelug taking control of the region.
In the past, the news of the Dalai Lama possibly installing his chosen Karmapa, Ogyen Trinley Dorje, to be the next interim leader was stiffly resisted by the Gelug faction. They would not like the Dalai Lama’s selection process to be handled by non-Gelug Lamas. A situation where he could be chosen from outside their area of influence would be strongly resisted by the Gelugpas. In fact, a media report highlighted communication between the Dalai Lama’s aide and the chairman of the Gelug Monastic Disciplinary Council, Jangchup Choeden, and Chinese authorities about a joint project, for ‘offerings in monasteries in Tibet’, to decide the successor of the Fifteenth Dalai Lama.14 Choeden later denied having such a communication about warming up to the Chinese. All in all, the Buddhist Himalayas will continue to remain a contested geo-cultural landscape between the various competing narratives of India and China. However, in the current scenario, India’s interests in the Buddhist Himalayas remain even more compromised than during the colonial period, when British strategists were able to play the Himalayan game more perceptively.
For example, in the early twentieth century, the viceroy of India, Lord Curzon, was able to visualize the Himalayan regions of Ladakh, Sikkim, Bhutan and the north-east frontier as an ‘inner defence line for India protected by a Tibetan buffer region’.
However, in the contemporary situation, India’s lack of sufficient wherewithal to understand the critical interplay between Buddhism and the Himalayas may have led it to weigh heavily on the minds of the Dalai Lama and his government-in-exile. Of late, the ‘Tibet card’ is being redefined, albeit on the grounds of Buddhist diplomacy.
The 2017 Doklam crisis brought into focus what will be one of the most difficult issues that will unfold in the Himalayas in future. It indicated the tensions rising from conflicting territorial claims by both India and China which will almost certainly keep recurring and continue raising the risk of war.

Excerpted with permission from the publishers, Penguin Random House, from The Great Game in the Buddhist Himalayas

Tags: dalai lama, the great game in the buddhist himalayas