‘My mentor suggested I should postpone The Novel’

At least four mugs of chai in a day, often more, sugar intake be damned, we all die in the end. 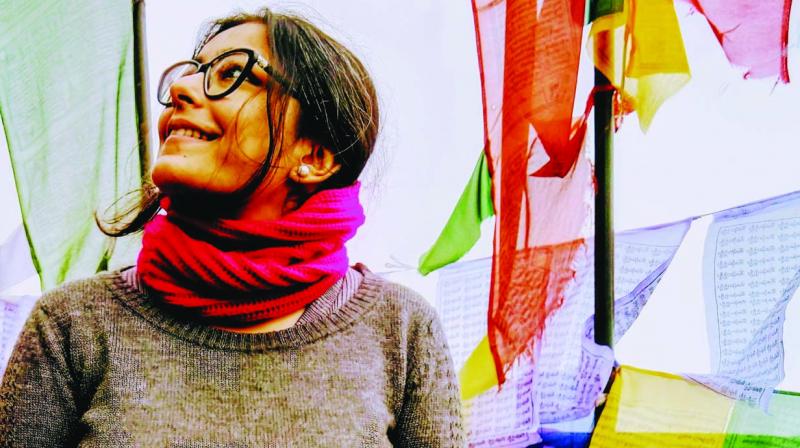 Devapriya Roy has written The Vague Woman’s Handbook, The Weight Loss Club: The Curious Experiments of Nancy Housing Cooperative, Indira, The Heat and Dust Project, and, most recently, Friends from College. She lives in New Delhi with Saurav Jha, her co-writer and husband.

Q Why do you write?
This is a tough one. I think I write because I love to read more than anything else in the world, and it is the tradition in which I want to embed myself. We all see ourselves as a part of something larger, a world we would like to at least inhabit permanently, and for me that is the world of writing and of books.

Q Do you have a writing schedule?
Sigh. No schedule. I write mostly when the damn deadline is upon me! But the thing is that when one is writing a book, one part of the mind is always clued into that world and you are basically working all the time.

Q Coffee/tea/cigarettes — numbers please — while you are writing…
At least four mugs of chai in a day, often more, sugar intake be damned, we all die in the end. It’s always Darjeeling tea with a spot of milk (actually more than a spot) and sugar. (Nothing else will do.) And chocolate biscuits —  often, until they run out, and I have to order more.

Q Ever struggled with writer’s block?
There are long periods of time between books when I don't write, I only read. That’s my suggestion to young writers who ask me about writer’s block. If you feel “blocked”, just allow the rush of words — of great prose or poetry — to lift your boat from where it's stuck in the shallows.

Q Best piece of advice you’ve ever got?
When I was in Delhi and had just finished my MA, I was planning to write “The Novel”. When I told my mentor Prof. Dipanjan Rai Chaudhuri (to know more about him, read India: A Million Mutinies Now, where Naipaul wrote about him). With great gentleness, he told me on the phone that I should perhaps — he said perhaps — not write “The Novel” now. I would regret having used it up so early. He suggested I should write something close to my life instead. And that’s how I came to write my first novel, The Vague Woman’s Handbook, a little comic book, instead of the great tragic book that “The Novel” would naturally have set itself up to be. (And like all “the books” in the cosmos that thrive on postponement, I would, of course, have not actually written it!)

Q Describe your favourite writing space.
Something I deliberately trained myself to do was to not get attached to any specific writing space. I can write anywhere. (Mostly on a little breakfast table propped up on the bed though!)

Q Which book/author should be banned on grounds of bad taste?
We’ve had so much of this banning business on political grounds that I’d rather not say. I really don’t think books should be banned. (His name begins with C and he once judged a dance show.)

Q Which is the most under-rated book?
There must be thousands. The one I am thinking of right now is a slender memoir, A Life Misspent, by Suryakant Tripathi ‘Nirala’, the great Hindi poet, and has been translated masterfully by Satti Khanna. It’s so moving and so edgy that I went right ahead and got my students to read it (at the time I was teaching undergrads for a year at Ashoka).

Q Which are your favourite children’s books?
Gosainbaganer Bhoot (translated as The Ghost of Gosain Bagan by Nirmal Kanti Bhattacharjee), one of my favourite novels by Shirshendu Mukhopadhyay, a delicious ghost story that I was obsessed with as a kid. Entire volumes of Saradindu Banerjee. I love the Harry Potter novels — Saurav and I bought the entire set as a first present to ourselves after we got married. Ballet Shoes by Noel Streatfeild and The Railway Children by E. Nesbit.

Q Which classics do you want to read?
All six volumes of In Search of Lost Time by Marcel Proust!

Q Which is the funniest book you have read?
Me Talk Pretty One Day by David Sedaris

Q Which is the book you wish you had written?
A Suitable Boy by Vikram Seth.