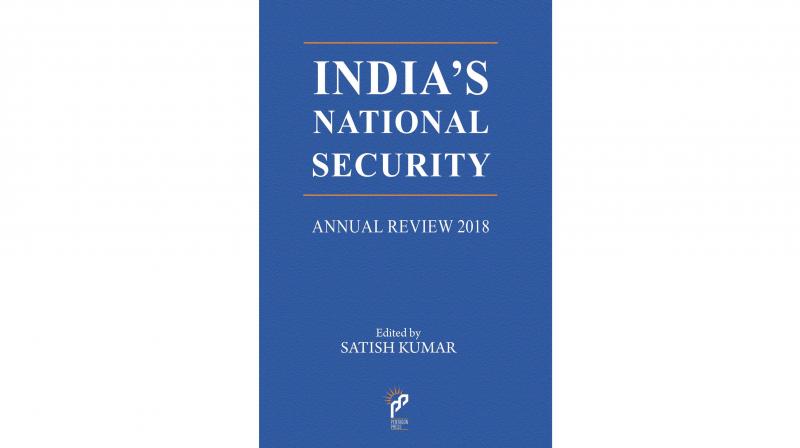 India attained independence after about 10 centuries of being attacked, marauded, pillaged, converted and ruled over. Independence came but the unprecedented ordeal of partition, India had already acquired one hostile neighbour on two of its extremities. There was another huge neighbour, whose intentions with indications on the ground should have been assessed properly. It was a crucial stage for taking some hard decisions and formulating policies which would keep this large nation secure and integrated and also make it strong and prosperous to not only hold its own, but also to be able to influence its large, diverse and to a great extent inimical neighbourhood. However, unfortunately, that was not to be as Independent India’s top political founders made a very poor start by (a) failing to study the nature and extent of India’s vast land and sea boundaries, (b) failing to realise the importance of military muscle and the timely use of adequate/appropriate force, (c) being ignorant/naïve about tendencies/intentions of neighbours like China and Pakistan, (d) looking at the armed forces with suspicion and creating phobia of military rule, (e) developing/ propagating a warped sense of secularism by obliterating history and (f) laying the foundation of sycophancy, dynastic politics and unbridled corruption.

Unfortunately, India’s post-Independence Prime Minister and second defence minister apart from viewing the Indian Army with suspicion, went out of their way to not only ignore any sound advice from the army, but also meddled with the army’s leadership, with disastrous results like the 1962 Chinese aggression, when this very professional army obeying the orders of the government as per norms of a democracy, had to fight under-armed, ill-equipped and insufficiently clad and suffered a humiliating defeat.

In dealing with Pakistan during the first war it had already perpetrated with independence, no aggressive use of the air force was made and neither was the navy utilised.

During the Chinese aggression again no aggressive use of the air force was made.

During the second India-Pakistan war of 1965, the navy was completely kept out of the loop and the then naval chief ironically visited the operational area as an observer, even as Pakistan navy launched an attack, albeit unsuccessfully.

The only exceptions of assertiveness against external attacks in over six decades since independence, were by Mrs Indira Gandhi, who  firstly, in 1967, accorded sanction for use of artillery against the Chinese in Nathu La, Sikkim and secondly, when during the build-up towards the 1971 Indo-Pak war, she heard and heeded the advice of the Army Chief. The result was a well-planned operation on two major fronts, with very effective use of the navy for the first time, resulting in not only Pakistan’s defeat yet again, but also the liberation of Bangladesh. India has since had a long and bumpy ride to reach the stage of multi- discipline, multi-organisation involvement on national security and strategic issues, with many think-tanks being raised over the past two decades.

One of them, Foundation for National Security Research (FNSR), takes a holistic and integrated view of national security of India giving due importance to the politico-military environment, economic security, technological self-reliance, internal security and human and ecological security. It provides analysis, backgrounders, data, documents, index, and reviews of India's national security, based on internationally acclaimed sources and expertise of well known scholars and technocrats in India and abroad. Since its first publication it has already become a most dependable and sought after source of information and analysis on India’s security. This 2018 edition comprises the works of thirteen authors.

The volume has been edited by director FNSR, Satish Kumar, former professor of diplomacy at Jawaharlal Nehru University, New Delhi, an eminent scholar in the field of international relations and one who has held several distinguished positions, participated in numerous international conferences and delivered special lectures at several universities and think tanks across the world.

The first section of this volume reviews in detail India’s endeavours over the last two years of mustering the political will and diplomatic dexterity for extracting the best out of all its relationships with its major adversaries China and Pakistan as well as major powers and other nations which have contributed to India’s external security. This section also makes a detailed assessment of unrest in the Northeast, situation in the Naxal-affected areas and Pakistan’s proxy war/terrorism in Kashmir, which among other challenges, in particular poses a major challenge owing to the deterioration and degradation caused by the radicalisation of youth. Other threats emanating from cyber-crimes and artificial intelligence in India have also been examined in this section. The last part of the section carries the annual feature pertaining to steps taken by India to reinforce defence preparedness.

Section II of the volume highlights some of the critical developments in India’s security zone. The critical importance for India’s security related to its traditional friends, Nepal and Bhutan, caught in the cross-currents of conflict between India and China. has been examined in one article. Africa, a long neglected continent, the hunting ground for resources by of major powers, is also one with which India shares a common sentiment of anti-colonialism, while India’s diaspora plays a vital role in African economy.

India’s strategic interests in Africa constitutes the subject matter of another article. India-Russia relations which remained special for decades during the cold war and after have been undergoing convulsions in the last few years. Correspondingly, India-US relations have tended to acquire a new vigour. Both these relationships have been subjected to expert examination in two separate articles by senior diplomats. Section III draws attention to threats facing India’s security currently. Pakistan export of terror to Kashmir has acquired new dimensions which have not been found easy to manage. In Pakistani politics, terrorist Islamist groups are finding it possible to enter mainstream politics which will enable them to exert greater pressure on policy-makers to adopt anti-India measures. China, a country which has demonstrated its aggressiveness and assertiveness in its neighbourhood including India has become a source of major concern. Three distinguished experts have dealt with these challenges with valuable insights.

In Section IV examines economic and technological issues with a view to assess their impact on national security. Rural economy which involves the livelihood of nearly 70 per cent of India’s population has been under stress for quite some time. Manufacturing in India which has been registering slow growth needs a massive infusion of high-technology. Artificial intelligence is posing unknown and unpredictable challenges to economy and security of the country. Eminent business experts and scientists have examined these issues at high level of competence.

Section V dwells on strategic concerns directly affecting India’s defensive and offensive capabilities in warfare. Outer space capabilities of major powers have become a source of threat to each other. Even though India is advanced in space capabilities, it needs to be aware of the capabilities and intentions of hostile nations. So also the missile capabilities of states inimical to India. These issues which are operationally highly relevant to India’s defence preparedness, particularly with the possibility of a two-front war  have been thoroughly discussed by India’s ranking experts. In the last section of this volume, the Editor makes an assessment of the prevailing national security situation based on the detailed review of the last two years and analysis of critical issues affecting India’s security by foremost experts of the country.

Pentagon Press has over 600 titles to its credit over the past 20 years and it recently published four different yearbooks on World, Asian, South Asian and most importantly India's security. While this volume too is a must read for all those involved in strategic decision making, one cannot but help noting a great irony.

While in earlier decades  major decisions on national security were flawed as there was not much of collective strategic consciousness, now that there is awareness, an active media which can be a force-multiplier and much research available, Indian politics of this era has become a severe liability to national security. Kashmir Valley is just one example.