When reality comes wrapped in fiction

The books talks about the modern-day dynamics between a husband-wife relationship but fails to catch the warmth that such a close relationship has. 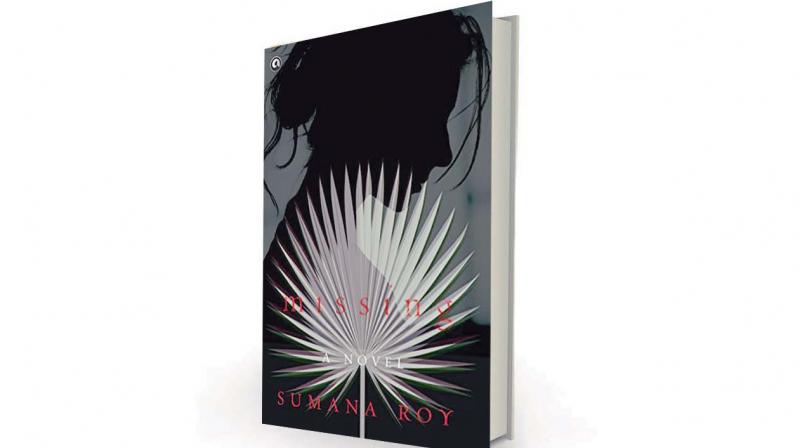 It is the summer of 2012. A young girl is molested in Guwahati in India’s Northeast, journalists take photographs and make videos of the incident, but no one tries to rescue her. The monsoons have arrived, and Assam is flooded, as it is every year.

In Siliguri, Kobita, a fifty four-year-old activist, married to Nayan, a blind poet, decides to travel to Guwahati to search for the molested girl who has gone missing. Before she takes off she leaves instructions to have a new bed made. Because of his disability, Nayan has no option but to depend on the carpenter and his family to trace his wife after her phone calls stop coming.

There is a riot in lower Assam from where Kobita last called her husband. While Nayan grows desperate for news about his missing wife, their son, Kabir, is in England, absorbed in his research about Hill Cart Road, the highway that connects Siliguri to Darjeeling and the eastern Himalayas.

The blurb on the inside flap cover, in a way, sums up what lies ahead. Missing, Sumana Roy’s second novel, (How I became a Tree is the first one), published by Aleph is the story of a blind man, Nayan, worrying for his missing wife. How he spends the 24 hours a day without his wife on whom he is heavily dependent not just because he is visually-challenged but also because he is emotionally too attached to her is the crux of the story. The author has likened it to mythological epic Ramayana wherein Rama searches for his wife. Rama travelled barefoot looking for Sita, seeking answers from each person he meets on the way. But Nayan lives in the 21st century. So, he picks up newspapers to look for a clue about his wife while his son, Kabir, a GenNext boy surfs Internet for the same. Rama did meet Sita in the end. Does Nayan meet Kobita?

The story, spread over a week, between July 24 and July 30, sees the author very smartly weaving together facts with fiction. So while Nayan, his wife and his son are fictional characters, rest everyone in the novel is real. And this includes the news reports which are read by Tushi Saha whom Nayan hires to read news to keep himself abreast with the happenings around him, especially in Guwahati and lower Assam where his wife, Kobita, had gone to help a girl who had been molested by a mob. Most of the news is either about crime or politics, a telling commentary on the times we are living wherein nothing makes it to news if it doesn’t fall into either of the two categories.

Even as Kobita is missing, Nayan is not alone at home. A rich man, (Nayan owns tea plantations) he has an army of workers: the caretaker Shibu; the carpenter Bimal-da; the carpenter’s assistant, Ahmed; Bimal-da’s granddaughter Tushi who reads newspapers to him, a gardener and so on.

Though the story majorly talks about how a husband is “missing” his wife, the other characters in the story too have been etched out perfectly.

The author has portrayed not just the lifestyle of an average Siliguri resident but through their conversations has also given the portrait of class, parochial and religious dynamics of the society.

Bimalda is a typical old man, proud of his lineage, has many prejudices. Through him, Roy has tried to show the social stereotypes that exists even in 21st century India (he cringes every time the girl mentioned her full name. His daughter had married out of caste—-how could a sutradhar marry a Saha. He had hates Saha’s all his life—-they were selfish misers, quarrelsome and clannish, cheats who could do anything for a paise).

The resentment poor have against the rich is also portrayed through Bimal-da when he feels vindicated in cheating his employer Nayan of a few thousand rupees by inflating the cost of making a bed. Bimal-da doesn’t like Ahmad because of his religion and others, for being Nepali. At one point, he says that everyone looks the same to him now, just as all Nepalis have always looked the same to him, which is possibly his way of saying that hierarchies and differences cannot be relied on as firmly as before. This polarisation shows us who we are as individuals. I wonder if this is how we look like as a country?

The author has shown the general prejudice against Bangladeshis through Ahmad who is a migrant from Bangladesh and afraid to talk about his antecedents with anyone out of an “unknown” fear.

Then we have Kabir, a research scholar studying in England. He seems unmoored, though worried about his missing mother, all he does is doubt if his father has killed her and surfing the Internet looking for some news on his mother. The topic of his research seems ever more trivial “the road where he lives in Siliguri”. His uncle’s comment “What an irony it is that to research about a road you live on, you have to travel to another continent” again speaks a lot about the present-day life when one has thousands of friends on social media but no knowledge who is the next-door neighbour.

While Nayan comes across as a concerned husband, Kobita’s character confuses. Does she really love her husband? Why does she go out often for weeks without informing her whereabouts to her husband? Why does she often turns her phone off, for days on end knowing fully well the Nayan is too dependent on her? She once reprimands her husband for lodging a missing complaint with the local police while searching for her and now, Nayan is too afraid to lodge a police complaint even though he fears for her safety. Does Nayan really love her or is he frightened of her? Kobita is devoted to her ideals at a high personal cost. As her son, Kabir recalls that she is stringent with her loved ones, but has a surfeit of emotions for strangers.

The books talks about the modern-day dynamics between a husband-wife relationship but fails to catch the warmth that such a close relationship has. Not all marriages of the day are like that of Nayan and Kobita. But then maybe they are! May be our society is moving towards such “professional marital” relationships.

The story moves at a languid pace. The slow pace and the blind poet as the protagonist and his research scholar son reminiscing his wife and mother respectively, make it a melancholy read.

Except for the lead character and his family who is shown as a rich one, the rest of the characters in the books belong to the lower strata of the society, they are working personnel, perhaps it is their conversations mired in the daily grind of life that make it sad.