If there’s one point the book drives home, it is that little ever changes in Pakistan.

When a former intelligence chief and a military man of the likes of the legendary top spook Lt. Gen. Asad Durrani  writes his memoirs, the world sits up and takes notice. Particularly when it comes on the back of The Spy Chronicles, a highly unusual book, where he is in conversation with Amar Singh Dulat, who headed India’s spy agency R&AW, and journalist Aditya Sinha, where the one throwaway line “we are taking care of Nawaz Sharif, and we’ll take care of Imran Khan”, a good two years before WikiLeaks is exploited to the fullest to unseat the elected Prime Minister of Pakistan Mian Nawaz Sharif. Gen Durrani’s Pakistan Adrift: Navigating Troubled Waters goes much further than his conversational foray. This is an insider’s account of Pakistan’s most turbulent years that few, both inside or outside the shadowy world he inhabited, will be able to rival.

Gen. Durrani comes with the huge advantage of having served as the head of both his nation’s military intelligence as well as the dreaded inter-services-intelligence, and as the man who not only put Pakistan’s “strategic depth” policy in play as the Soviets withdrew and the Taliban took power in Afghanistan, but equally as a military man who “dabbled” — if it can be called that — in politics.

He cobbled together governments in the post-Zia-ul Haq era, “managed” the democratically-elected government of Benazir Bhutto, which he subsequently pulled down in scant disregard for electoral ethics, and through it all, there is his less than concealed contempt for Nawaz Sharif, the man the Pakistan Army had brought in as the civilian face to counter Benazir.

The chapter, “In the Supreme Court”, is barely three pages. But it is here that Gen. Durrani lays out in chilling detail the military’s standard operating procedure on dealing with civilians who refused to dance to their tune. Under the direction of then Chief of Army Staff Gen. Mirza Aslam Beg, the general writes of how he was tasked to receive Rs 140 million from banker Younus Habib, which was later distributed to individuals that Gen. Beg handpicked, with the rest of the money forming part of a “special fund in the ISI”. 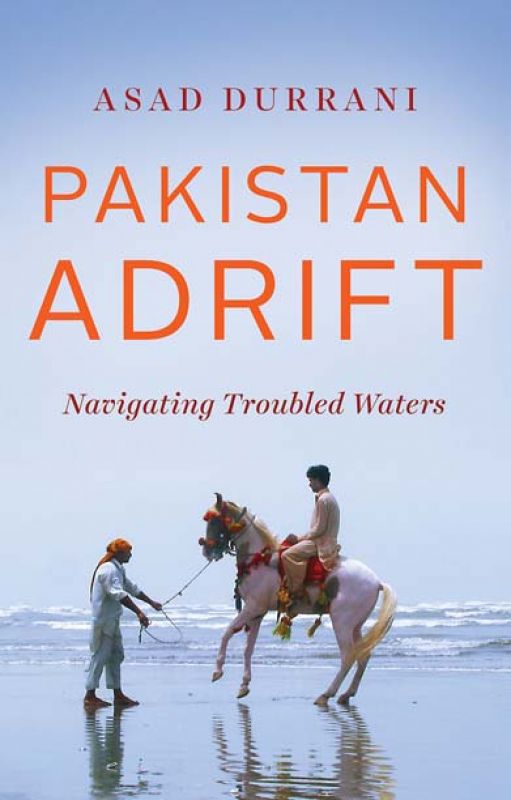 It is in the retelling of these events in a chapter that doesn’t run beyond three pages — the shortest chapter in the book — that the dilemma that Gen. Durrani faced, throughout Pakistan’s chequered history of confrontation between its civilian and military institutions, is best told. His “confession”, if it can be called that — the sealed affidavit he submitted at the behest of Benazir’s interior minister Gen. Naseerullah Babur, and which Babur would blithely use in Parliament to prove that Nawaz Sharif’s government had “unfairly benefited” in the 1990 elections — is now sub-judice in a Pakistan court. But in describing his decision to write the affidavit in 1994 as “the most imprudent move of my career”, Gen. Durrani arrives at the heart of the existential dilemma that faces Pakistan as a nation state, and so many of its serving officers. And where time after time, as the perceptive general writes, “nothing demonstrates the ineptness of the military in politics better than the spontaneous collapse of the entities it sponsored as soon as the khaki umbrella was removed... and if the idea was to keep the Army’s nemeses at bay, they all bounced back with a vengeance... The ISI also suffered when used as the military’s political instrument”.

On the assassination of Benazir Bhutto in 2007, questions linger on what role the military actually played. Maybe the general didn’t want to tangle with the murky machinations that led to her death.

On Afghanistan and the creation of the Taliban as Pakistan’s cat’s paw, the general gives us a rare insight into the exigencies that drove his country to back the Talibs, while all along keeping up the fiction that Pakistan had little to do with their rise, when history has proven otherwise.

Despite skirting around these events, he is, in fact, far more candid about his falling out with Nawaz Sharif, and how Kargil actually cost Nawaz Sharif his job, even though he was not its chief architect.

Counter to Nawaz’s brother Shehbaz and his then close confidante Chaudhry Nisar’s advice not to “fiddle too much with the Army”, the general writes how, post-Kargil, Nawaz  provided the perfect “casus belli”. He tried to kick Gen. Pervez Musharraf upstairs by offering him the powerless Joints Chief of Staff post, and when that failed, set in motion a “coup” to get rid of the sitting Army chief, only to be faced with the Army’s “counter-coup” even as Gen. Musharraf’s plane was still up in the air.

Did Gen. Musharraf have just such a plan in place — is of course the key question. Gen. Durrani implies he may have.

Curiously, there’s not much love lost between the two generals. On Gen. Musharraf’s “hubris”, he is surprisingly forthright. Musharraf, who toppled Nawaz Sharif in a coup, until he himself was forced from office “was so full of himself that he actually believed he could get away with murder”, the general says, adding: “When he was in trouble with the country’s highest judiciary he (reportedly) said: ‘I will get away with it, like I did with Nawab Bugti’s murder’. (Bugti was a powerful Baloch leader, who fell out with Musharraf and died during a military operation.)”

If there’s one point the book drives home, it is that little ever changes in Pakistan. The book’s release, just as Nawaz Sharif finds himself once more boxed into a corner, facing the wrath of the Army, even as the hugely popular cricket icon-turned-politician Imram Khan is elected as Prime Minister, couldn’t have come at an eerily prescient moment in Pakistan's history. This is déja vu. Only the names and the faces are different.