Kanchana Banerjee’s new crime-thriller is unapologetically naked in how it portrays characters. 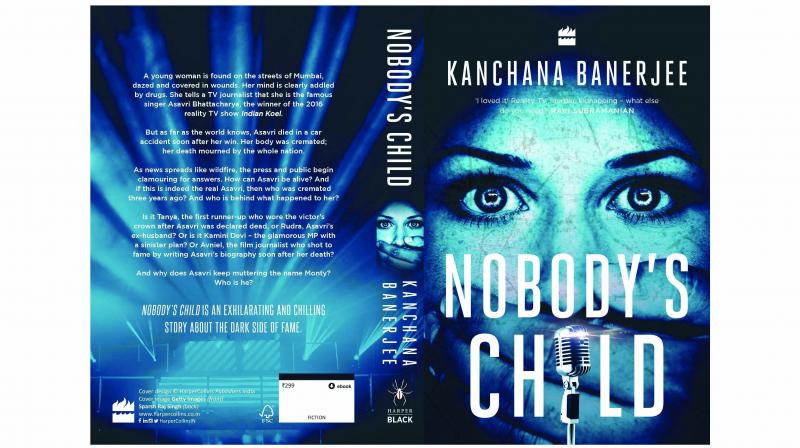 When you give three of your characters the stream of consciousness treatment, the portrait you paint is incredibly grim; after all, it’s in the nature of the literary technique. For instance, in Avneil’s inner-voice, lies extraordinary guilt; while in Kamini’s case, we find a mother disparaging and doting of her daughter in equal measure; and by the time Monty comes along, an already dark world is twisted beyond recognition.

Kanchana Banerjee’s new crime-thriller, Nobody’s Child, shifts the narrative between these three characters. As the readers follow suit from one consciousness to another, past to present, in chapters simply entitled ‘seven’, ‘fourteen’, etc., they are met with a barrage of cliffhangers, reveals and shocks. They breathe easy only sometime between the chapters, perhaps in the few seconds they need before moving on to the next one. Signs of a good, engaging thriller; suffocating, as one should be.

At its core lies an entangled plot, delicately detangled with the passage of pages. It begins thus: a singing sensation who won a music contest, considered dead for two years, is found addicted to drugs and delirious, in raggedy clothing, on the side of the road. This way, the reader is injected with plenty of questions — “Who is this girl? Is she lying? Is she an imposter? If she’s pretending, why is she so? If this woman is really her, how did the darling of a singing show, end up this way? She died in a road accident. It must have been staged. Who are the people responsible for the staging? This is how the story begins,” describes the author.

If that’s the core of Nobody’s Child, Mumbai is the flavour. The Maximum City and all its electricity, lust for fame, and affinity with sensationalism — go hand-in-hand with the plot here. On choosing Mumbai as the setting, the author says, “I lived in Mumbai for almost 13 years, the city has a very unique character. It is a melting pot of people of different walks of life, who go here to actualise their dreams and the city accepts you as you are. Also, it makes sense because the story is set in the backdrop of a music contest.”

By the time the reader turns to page 323, and all that had to transpire has transpired, the only thing that’s left is a human portrait. 322 pages ago, things began almost noiresque — a rare tale that, though inspired by the real world, was happy in its sensationalist bubble. And, yet, the people are revealed to be real pawns in an elaborate game of chess, naked except for their respective truths. And, since it’s all stream of consciousness, the reader is the sole confidante.