Ramdev was dressed in his trademark saffron robe and wooden slippers. 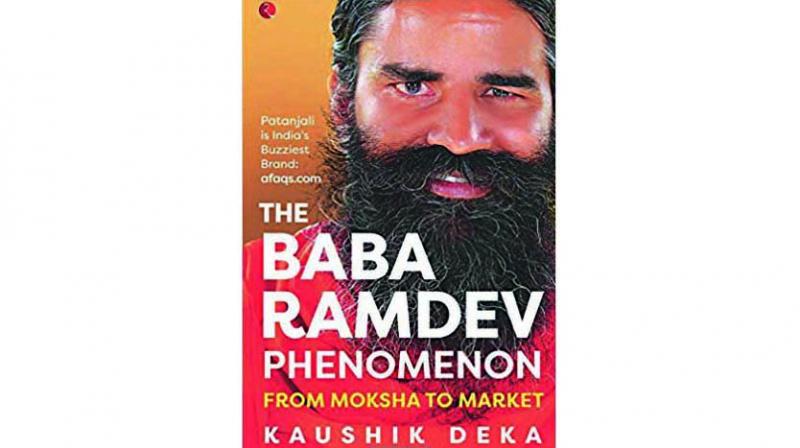 I first met Baba Ramdev soon after the famous India Today issue, which had him on the cover, bent over, holding his ankles, his head sticking out between his legs.

I had gone to Hardwar to meet him and Acharya Balkrishna for a story on the duo and their business for Forbes Asia magazine. Balkrishna is the majority stakeholder and that made him a billionaire by our math — he insists it’s only on paper because the money goes to various trusts.

In any case, it was his debut on Forbes’ annual list of the richest Indians and the two had agreed to meet. Ramdev was dressed in his trademark saffron robe and wooden slippers.

One of the first things he told me was that he had received hundreds of crores worth of free publicity thanks to a hungry media, which wants his opinion on everything from the company’s plans to the government’s dealing with its neighbours. “Journalists ask questions and you get time and space to say what you want,” he told me at the time, making it clear who was in charge.

The book is divided into various sections and goes from his childhood and his discovery of the power of yoga to his meeting and bonding with Balkrishna, the start of the duo’s professional journey, the growth of the business and a section focused on Ramdev’s stint in politics and his relationship with the RSS and various BJP stalwarts.

If you follow the news or if you are a fan of Ramdev or Patanjali’s products, you already know most of this. Because it’s been written about several times and because Ramdev, the shrewd marketeer that he is, is a constant fixture in the press. This is my problem with the book. There’s nothing new in it. And worse, to a large extent it’s just another mouthpiece for Ramdev.

That’s a real pity because the writer obviously got enough time and access to Ramdev and it would’ve been a much richer and worthwhile read if he had managed to show us even a little more of the man behind the beard.

Mr Deka starts with Ramdev’s childhood. He narrates that a paralytic attack left Ramdev’s one side useless, forcing him to spend time in the village library for entertainment. It was in those lonely hours that the young Ramdev came across a book on yoga and was hooked. He became an avid practitioner of it and says that it was yoga that helped him overcome his paralysis (and its only visible sign today is a squint).

He then talks about Ramdev heading off to the Himalayas, where he gained enlightenment and came back to start making medicines with Balkrishna to distribute to the poor, the start of the gigantic business that is Patanjali. The problem with daily journalism is that one has little time to verify certain kinds of information. For instance, if Ramdev tells a reporter that a book on yoga in his village library helped him overcome paralysis, the reporter has no choice but to take it at face value since she has maybe a couple of hours, at most, to file the story. But a person writing a book has the luxury of time and can afford to delve a little deeper to find out if some of the events he’s being told about actually happened.

A good chunk of the book is devoted to Patanjali’s growth and massive success. Deservedly so because that’s what has actually taken Ramdev beyond Yoga practitioners, made him a household name and boosted his sphere of influence. Even there, unfortunately, the narrative is mostly a litany of press reports and analyst reports that talk about the spread of the business and the impact on competitors in the industry. There is also a parroting of the new, different businesses that Patanjali is planning, again without questioning the viability of the plans and how many of them have actually taken off.

There is a bit of a selection bias in Mr Deka’s book. For instance, he picks up a quote from my Forbes story by a consultant who says that for a company to grow at the breakneck speed that Patanjali has, managing a supply chain is critical and can become a stumbling point.

What he leaves out is what I saw and what I had in my story — the company had run out of its own ghee and had bought several cartons of Amul ghee to use to in its products.

Similarly, to show Ramdev’s extent of influence and his close relationship with the ruling Bharatiya Janata Party, he lists all the states that Patanjali has received land or permits to set up shops, enticing information.

But sadly there’s no attempt to show to the readers how Ramdev secured these deals. The one saving grace of the book is that there is an occasional use of irony, or the mention of a fact, that highlights the absurdity or audacity of a situation.

For instance, at one point the author is talking about the allegations raised by Left leader Brinda Karat that Patanjali used bones from human skulls in its medicines. Mr Deka describes the way Ramdev and cohorts take on Ms Karat, painting her as being in the same camp as Western companies and says: “For the first time ever, a Communist party and its leader were accused of being hand in glove with an American MNC.”

I wish there had been more of that. It springs up now and then and brightens up an otherwise mediocre read.

There’s no denying that Ramdev is a successful, fascinating phenomenon. And a book that shows us how he got there, the deals he struck and the secrets he used, would be a true page turner. This is not that book.